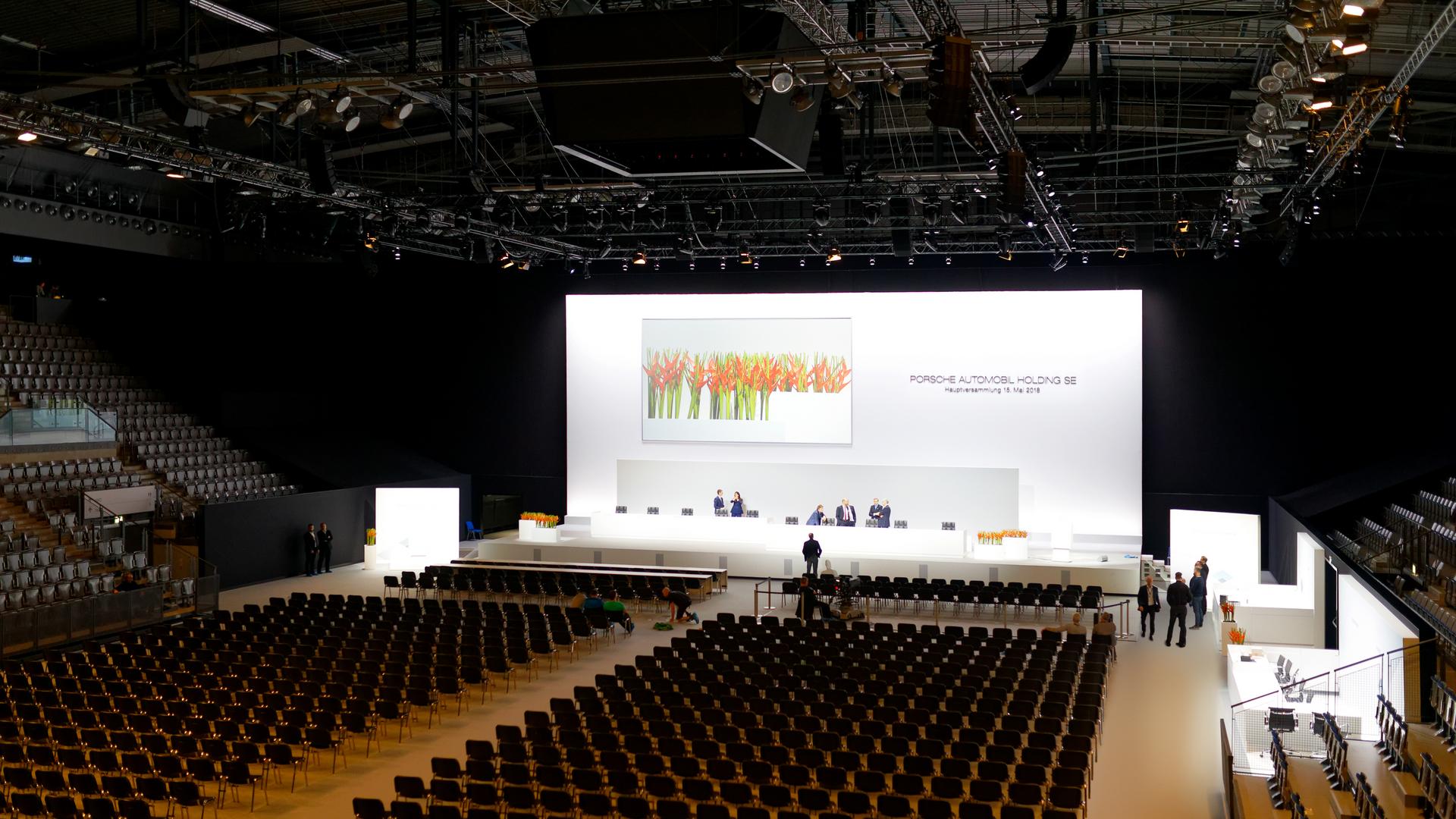 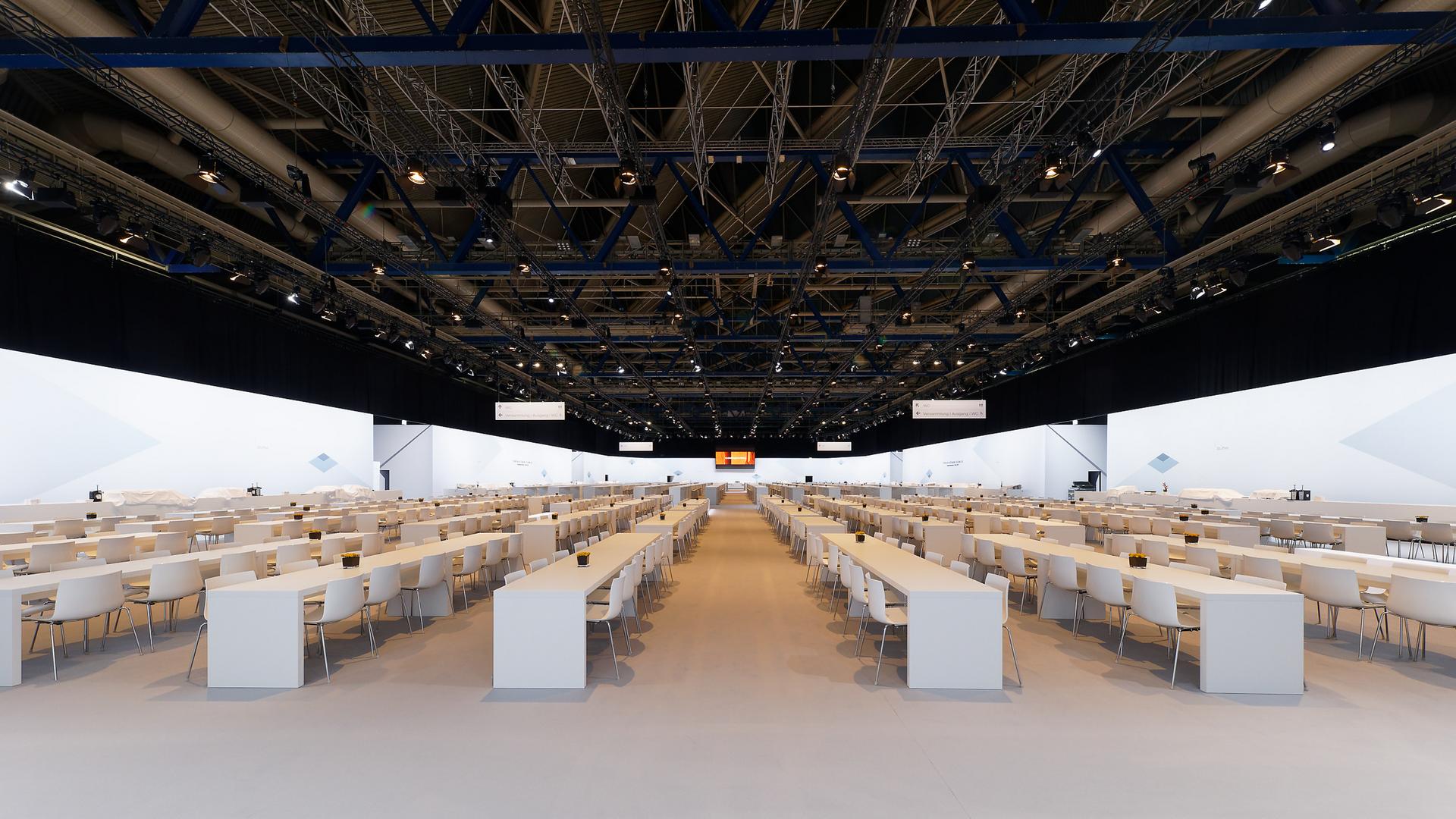 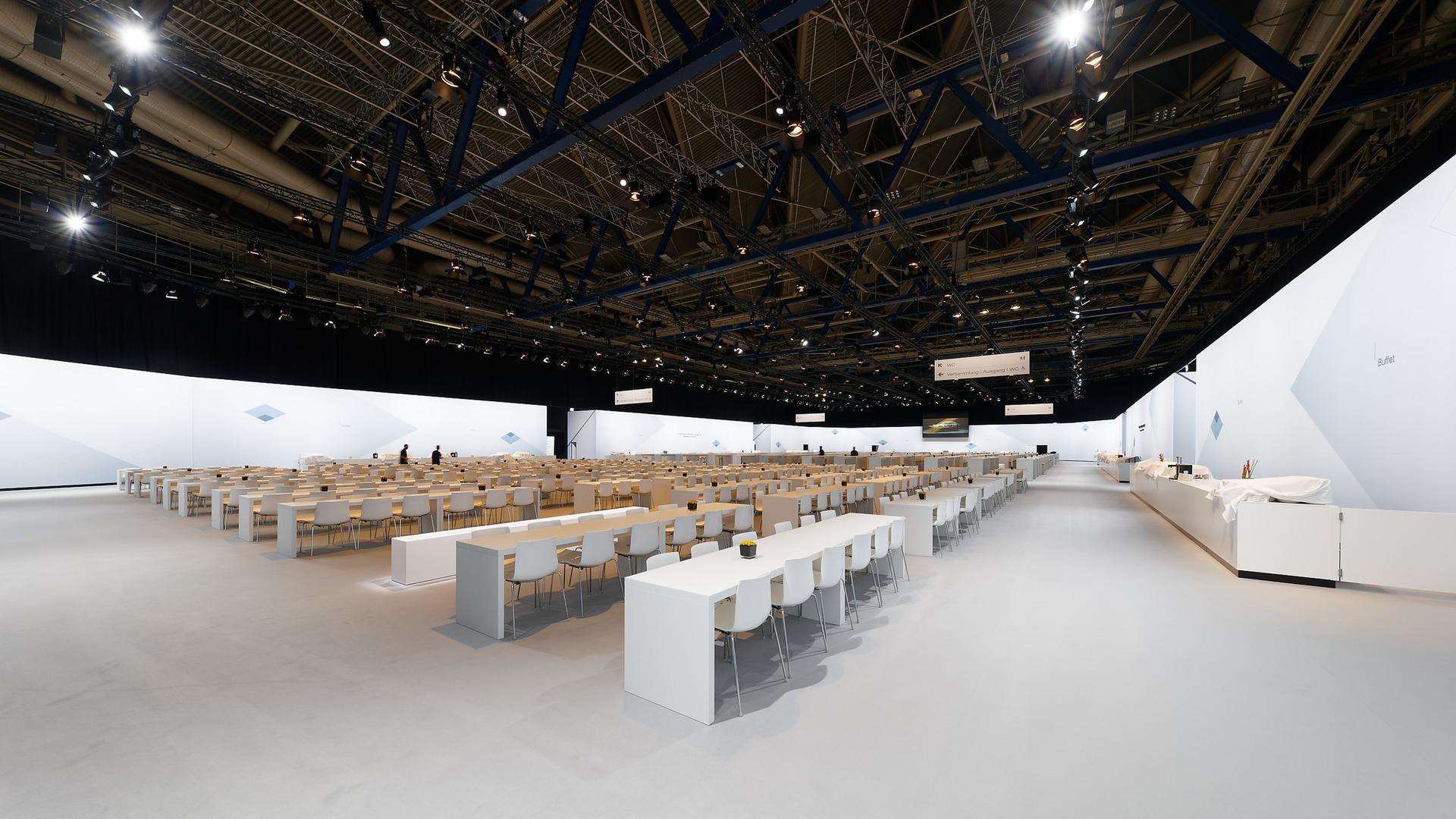 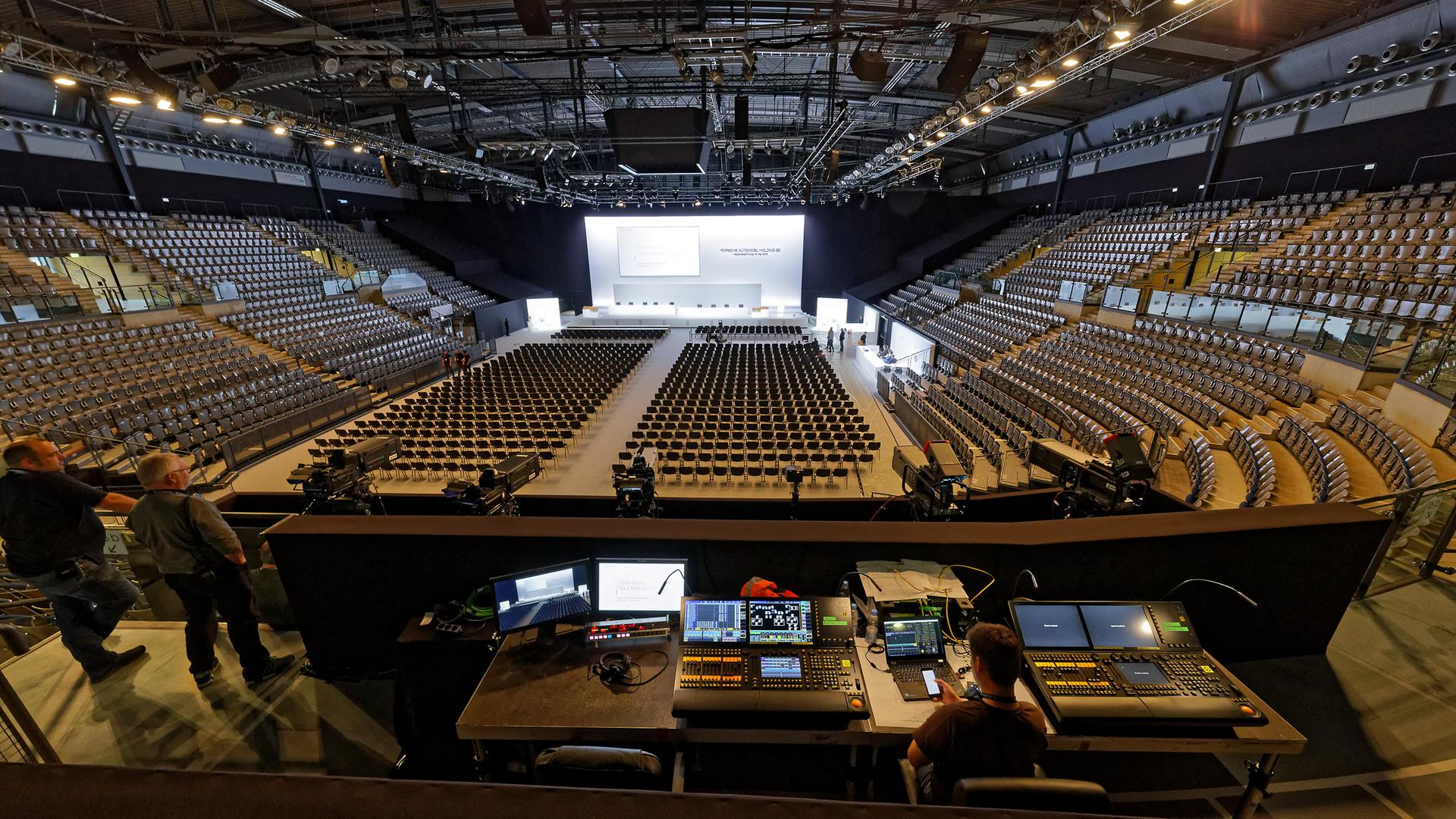 Before the shareholders' meeting, N&M installed a new kind of sound localisation system in addition to the proven audio set-up to test its qualities in practice. The result impressed in terms of performance and the system proved its worth for speech applications of this kind.

At this year's shareholders' meeting of the Porsche Automobil Holding SE in Stuttgart, Neumann&Müller Veranstaltungstechnik tested the d&b audiotechnik "Soundscape" system in practice. In addition to the technical solution, which N&M designed and deployed to ensure the event at the Porsche Arena ran without a hitch, the company's technicians also installed the new DS100 system and the required loudspeakers. This system ensures perfect localisation of speakers and their positions on and - as was the case at the Porsche SE AGM - besides the actual stage.

Before the event, the set-up was planned using ArrayCalc, the loudspeakers suspended exactly as specified in the simulation and subsequently integrated into the existing mono system via a Dante interface. The audio impressions were extremely pleasant and localisation of the speakers on the stage was very good from a wide variety of different positions in the hall. Interesting fact: the regular speech intelligibility measurements showed no difference between "Soundscape" and the mono-mix - but in terms of listening experience, the positive impression of a PA system with precise localisation was clearly recognisable.

And that is indeed the aim of the new system that N&M intends to use at congresses and conference as well as for a whole host of other speech applications: to enable the audience to associate speakers on the stage with a precise position and thus be able to follow what is said much better. This, in turn, makes it easier for members of the audience to understand the content so that they do not tire so quickly.

As N&M project manager Matthias Kübler explained. "At the same time, increasing the maximum achievable volume further enhanced the performance of the PA system and consequently the linearity of the system as well. This was because less energy per source needed to be emitted into the room via the loudspeakers to achieve localisation." He added that this resulted in less background noise, an important factor in harmonious listening.