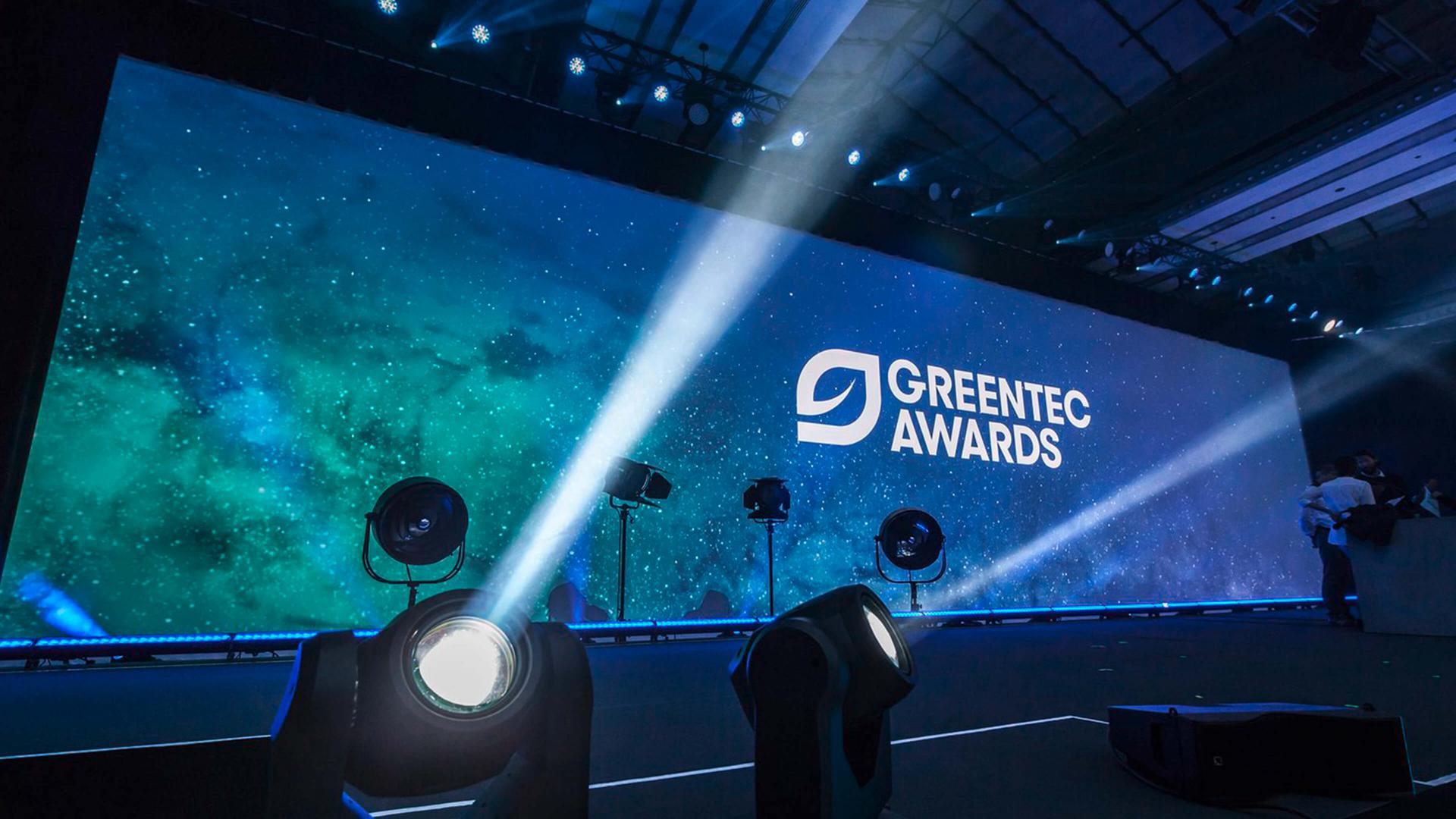 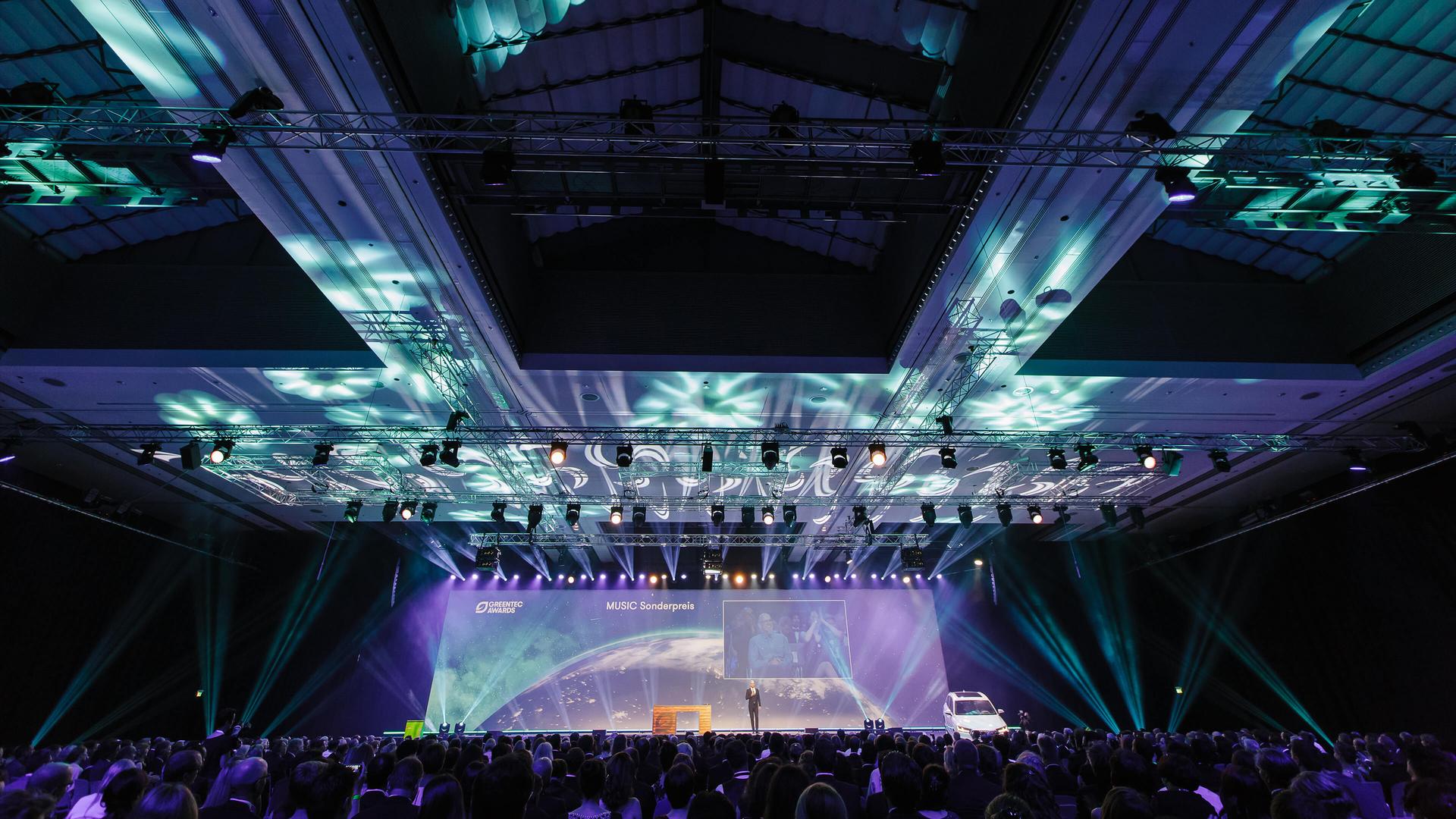 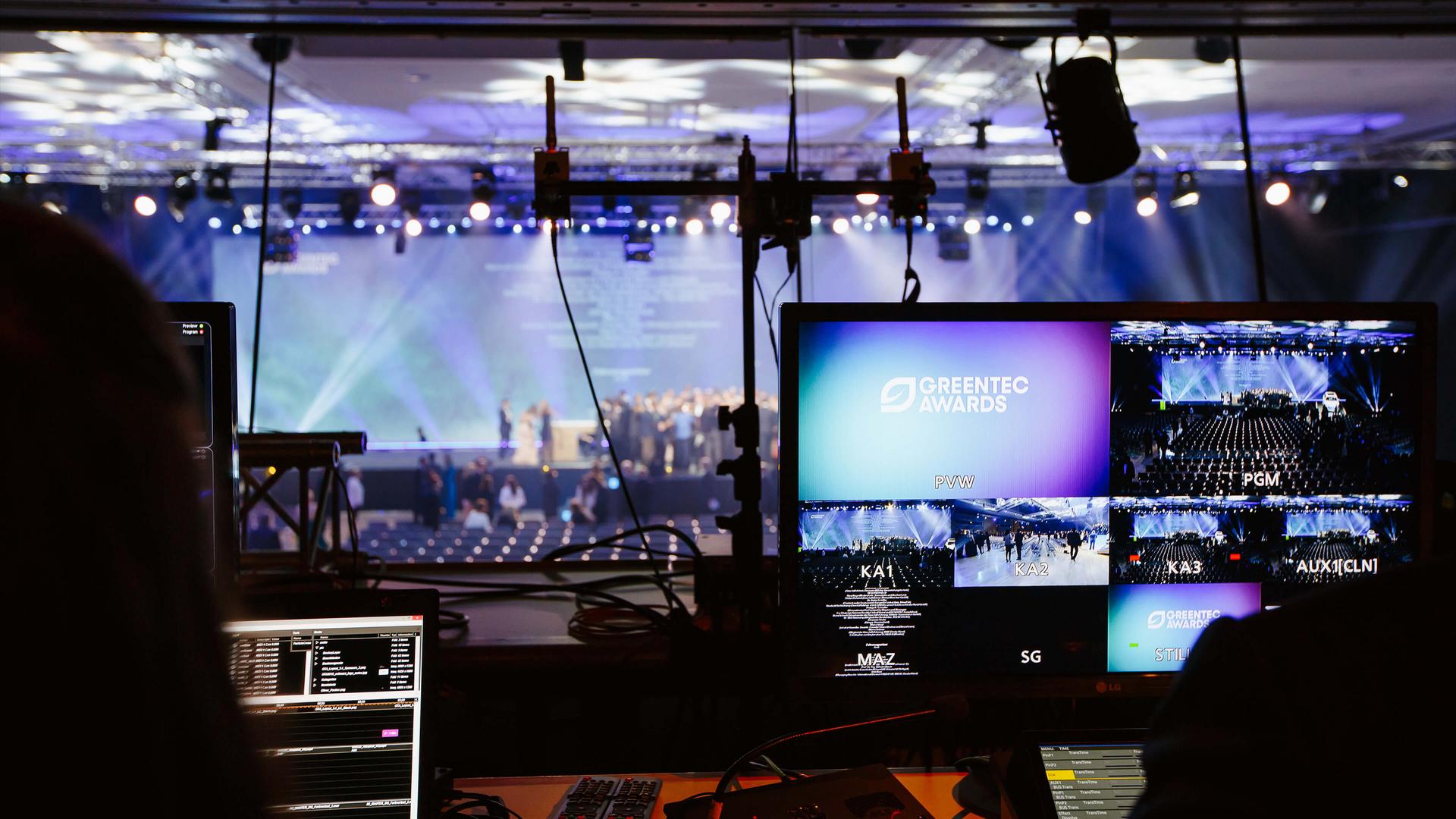 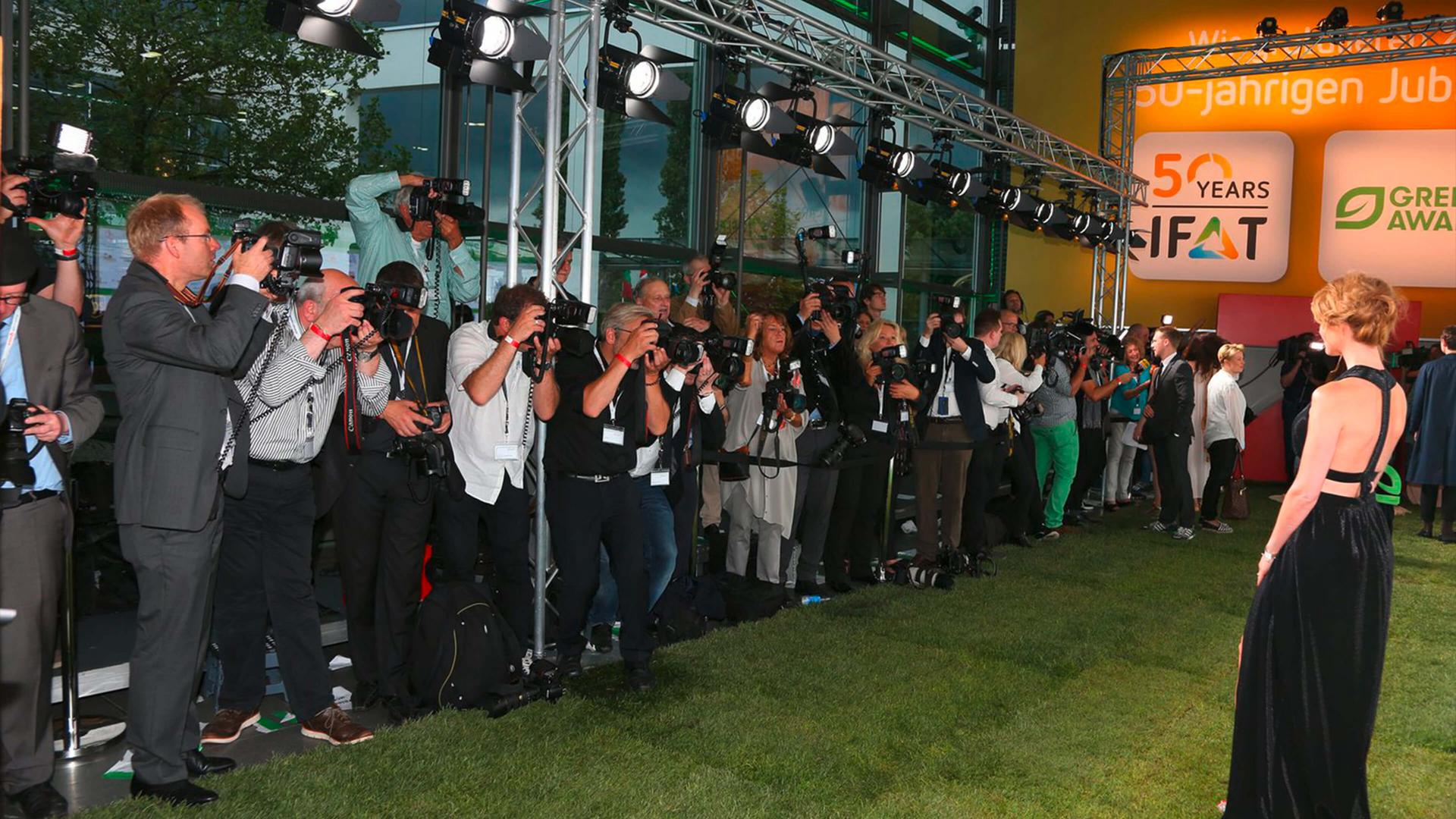 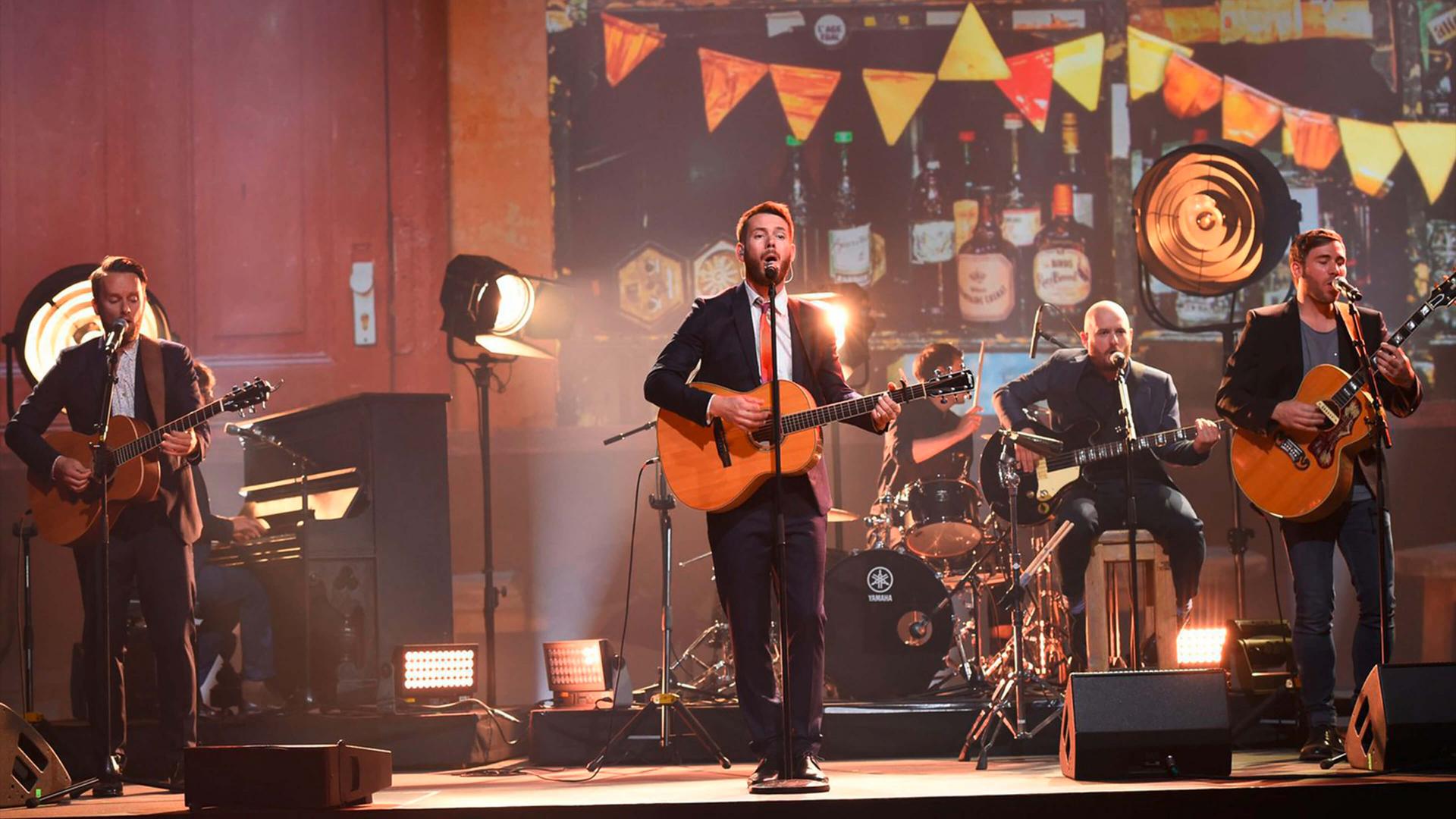 Europe's largest environmental and economic awards were presented in front of an audience of 1,000 invited guests and numerous VIPs in Munich at the end of May - Neumann&Müller Veranstaltungstechnik was once again involved as a sponsor of the award show.

The GreenTec Awards were presented for the ninth time at the Internationalen Congress Center München (ICM) at the end of May. The winners of Europe's largest environmental and economic award were honoured in 14 categories and with five special prizes. Once again this year numerous celebrity guests such as Désirée Nosbusch, Nina Ruge, Christopher von Deylen, Nina Eichinger or Franziska Knuppe were to be seen on the "green carpet" - which this time was a real lawn - thereby showing their support for the issues of environmental protection and resource conservation. The music shows featuring acts such as "Revolverheld" and singer Jamie-Lee Kriewitz were the highlight in a fantastic entertainment programme that accompanied the awards.

Neumann&Müller Veranstaltungstechnik was again a sponsor of the GreenTec Awards. At the same time, the company's planners and technicians proved that the smart deployment of technically sophisticated equipment can raise energy efficiency even further. For example, N&M project manager Timo Pforr and his team opted for 300 LED lights for the production. Whereas last year no LEDs were used for the green carpet in order to achieve the best possible conditions for photographing and filming, this year the VIP photo area was not only green beneath the celebrities' feet but was also technically "greener" thanks to the use of the latest generation of LED Fresnel lenses.

In the main hall, the award ceremony was accompanied by video clips on a projection wall measuring 24 by seven meters. The content production was developed in a collaboration between the N&M studios in Munich and Dresden, with Daniel Zoschke heading up the teams. Last but not least, only three trucks were required to transport the entire equipment, whereby the planners benefited from the fact that, being the technical service partner of the ICM, they were very familiar with the building.