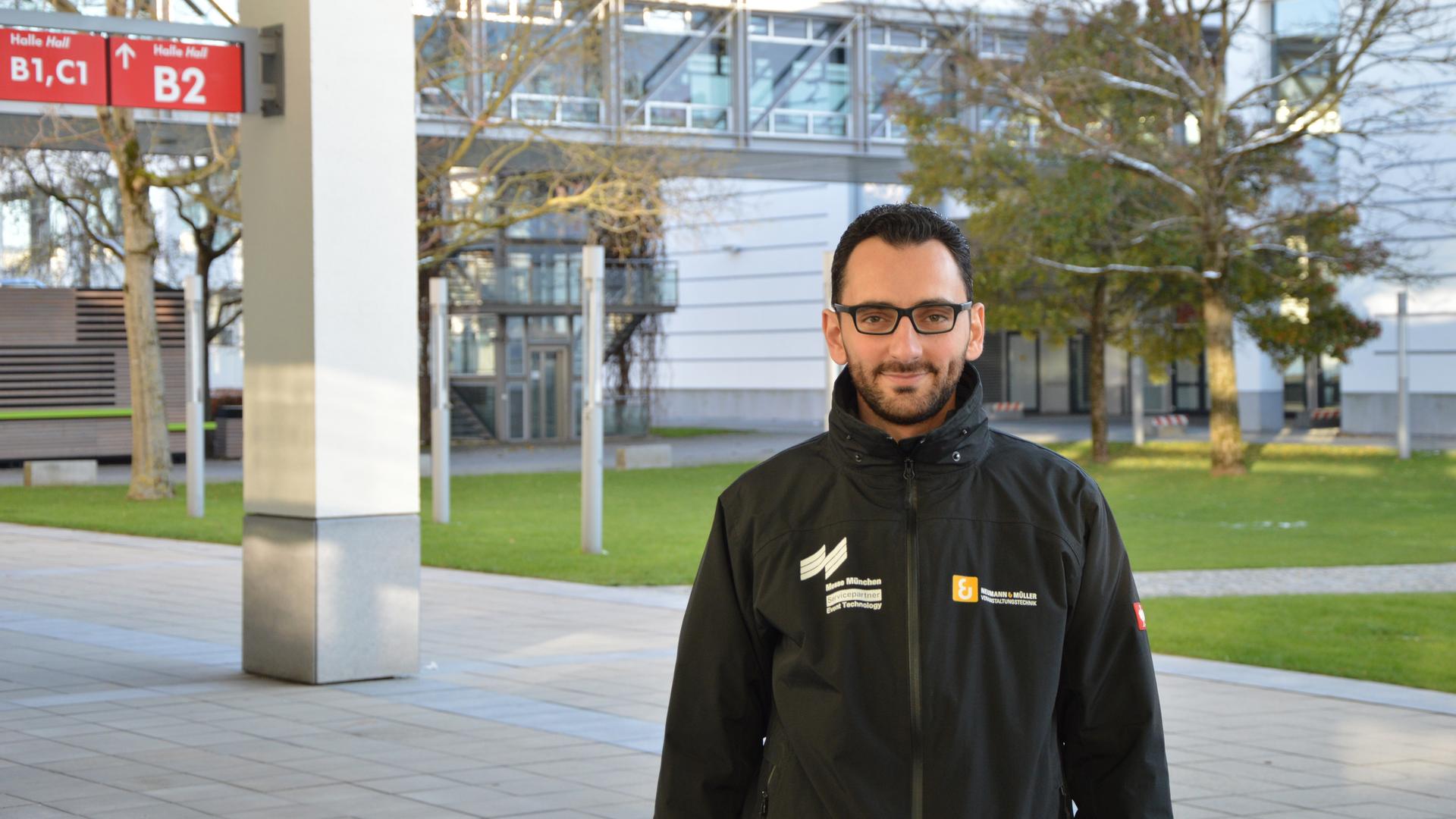 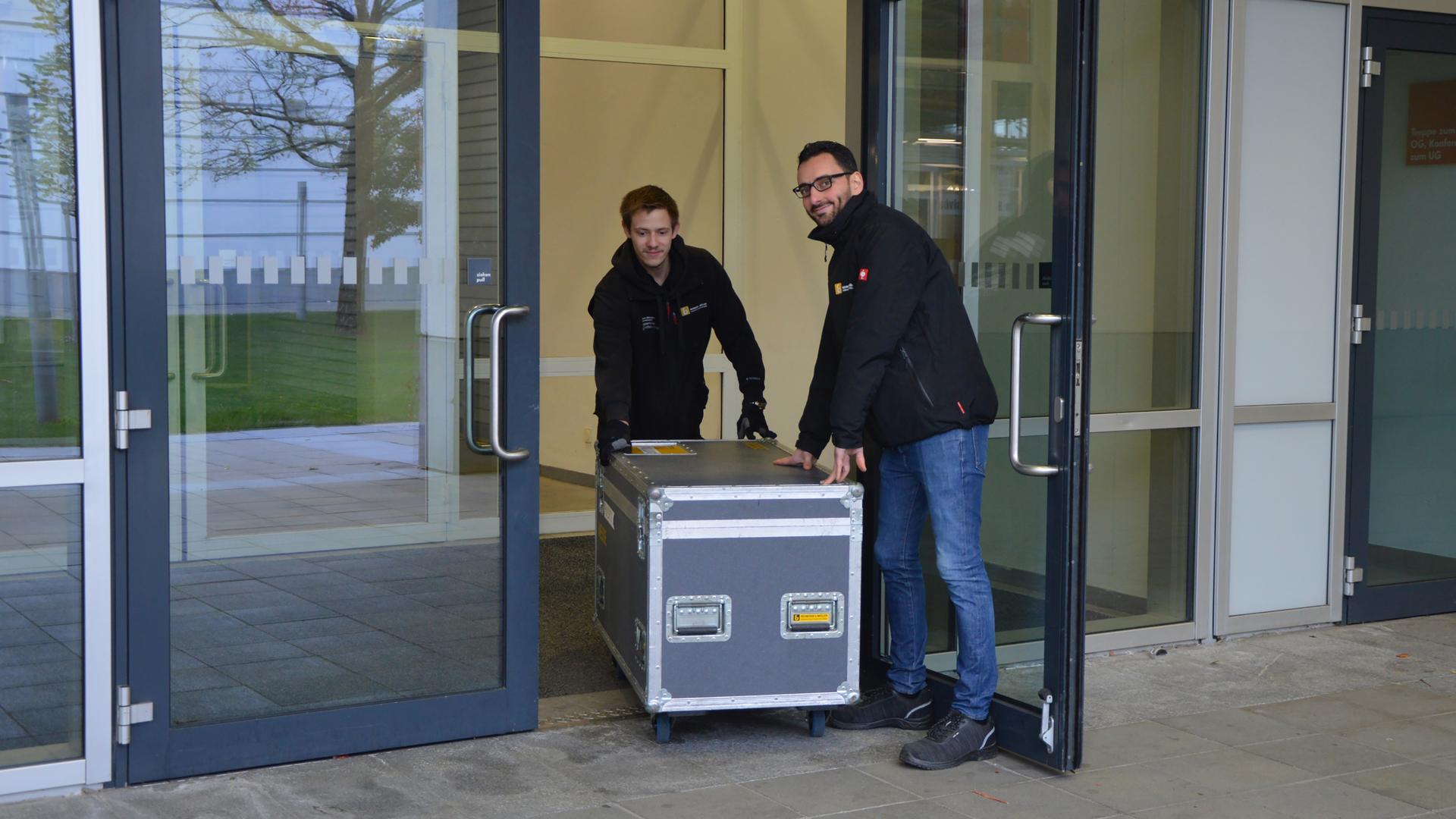 Social-Bee is a start-up that sees itself as Germany's first provider of integration services. Its goal is to facilitate the integration of refugees in companies by means of simple, professional employee leasing. N&M has cooperated with the non-profit organisation since 2018 – and is extremely satisfied with the first, successful collaboration.

Hiring refugees is often a laborious and complex process. Many companies therefore shy away from taking this step, despite the large number of vacancies they have to fill. Social-Bee is a start-up founded in Munich. Its mission is to act as an intermediary employer and remove some of the obstacles hindering the hiring of refugees. The company clarifies legal uncertainties, handles bureaucratic processes and gives direct support to both refugees and enterprises. Following twelve months of temporary work and accompanying integration measures, the goal is to help refugees into permanent employment covered by social insurance. Neumann&Müller Veranstaltungstechnik has worked with Social-Bee since 2018 with the aim of filling some of its vacancies and contributing to the integration of refugees.

Zarah Bruhn and Maximilian Felsner founded Social-Bee in 2016 to put those seeking work after fleeing to Germany into contact with potential employers; they support the refugees during the application process, with learning German and in their contact with the authorities. They also act as a point of contact for the company during the entire leasing period. In this way, Social-Bee has integrated over 200 applicants into the labour market. The company has charitable status, and one reason for its success is its well-established network with authorities, accommodation providers and local organisations. The profits from employee leasing and the service fee are reinvested in the integration programme. Companies provide the refugees with a job for a period of 12 months, at the end of which they can employ them on a permanent basis at no extra charge.

One year ago, N&M took the decision to collaborate with Social-Bee, and Samir, who had fled from war-torn Syria, joined the company as a grounder and production assistant. Samir and his colleagues at N&M soon overcame initial communication problems. His basic German quickly improved through a language course and his daily dealings with his colleagues. N&M was given a say in the qualification program organised by Social-Bee so that Samir was also able to extend his professional know-how. Upon completion of the agreed temporary employment, N&M took on Samir on a permanent basis. He has proved to be an extremely dedicated colleague and will continue to work in their trade fair team.

"We have come to appreciate the staff at Social-Bee as very competent partners," says Annette Häfner, personnel officer at N&M in Munich. She is particularly impressed by the high level of reliability and commitment that Social-Bee puts into the collaboration. Following such a positive start, she is very open to employing further staff in this way. Annette added: "We have a lot of vacancies that, initially at least, do not require high-level industry-specific qualifications." She went on to explain that this made it easier to start off in the company and in the sector, with training and qualification providing the basis for further steps forward.

Besides the Federal Employment Agency, through which a whole series of refugees have joined N&M as both employees and trainees, Annette Häfner also regards Social-Bee as an outstanding recruitment channel. "We are convinced by the concept and, through our collaboration, wish to contribute to the integration of refugees by helping them to learn the language, pursue a meaningful activity and attain social inclusion." The team at Social-Bee has also received such positive feedback from other clients.

Their commitment has twice been recognised in recent months: Social-Bee received the Next Economy Award for Start-ups in the "People" category at the German Sustainability Award, where the jury praised their "successful professionalization of social engagement." And Zarah Bruhn was given the opportunity to present Social-Bee to 8,000 attendees during the opening ceremony of the "Bits & Pretzels" start-up conference in Munich at the end of September. One of those who was noticeably impressed was former US president Barack Obama, who took part in the conference and followed Zarah Bruhn onto the stage.