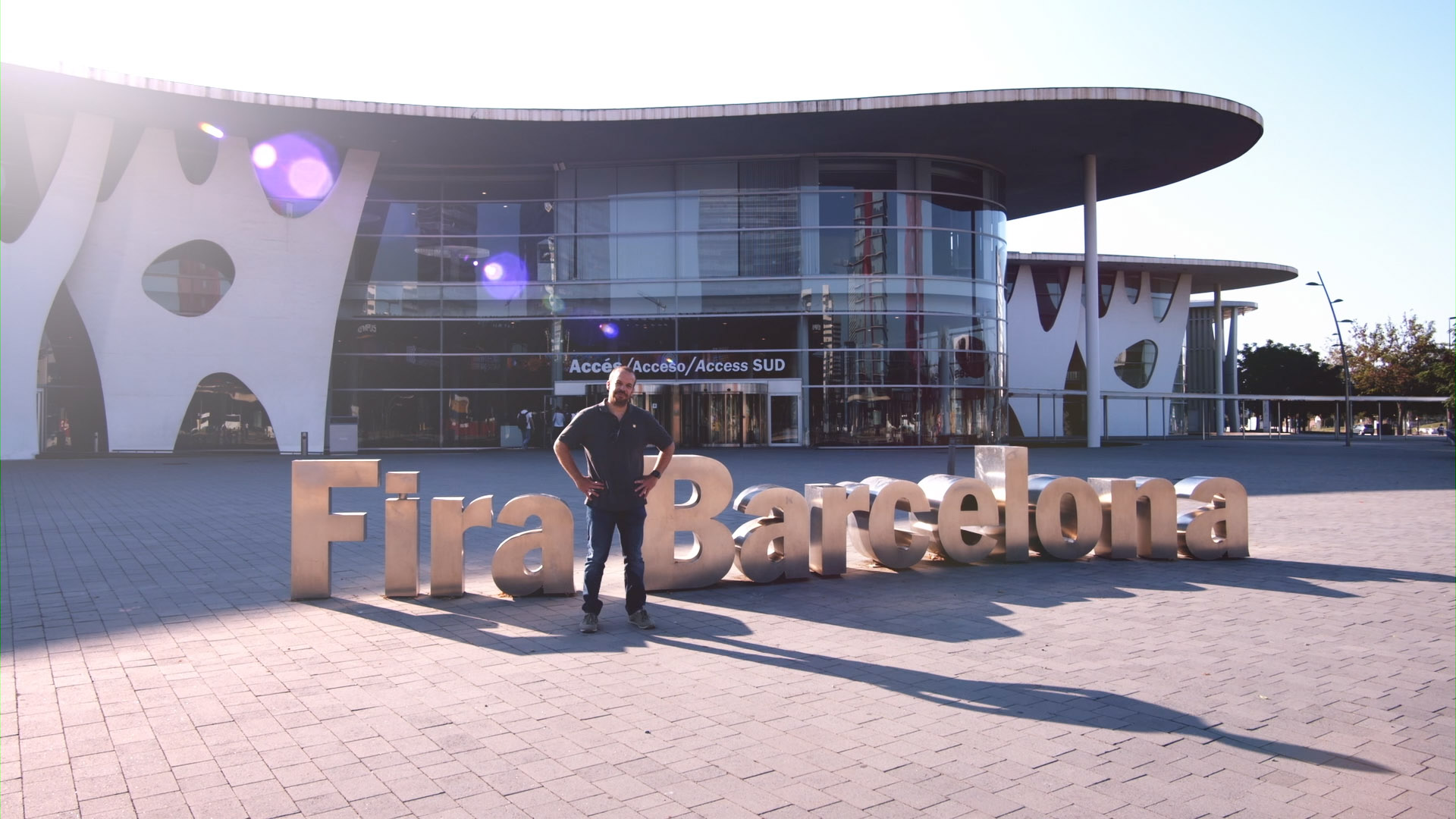 Fira de Barcelona and N&M have signed a collaboration agreement forming a service partnership in the fields of wire suspension systems and rigging. N&M technicians will provide their services to customers through a newly established branch office in Catalonia's regional capital.

In recent years, Fira de Barcelona has developed into one of Europe's most important trade fair locations. Leading trade fairs such as the Mobile World Congress, the MICE sector's ibtm World or the Sónar festival for electronic music attract professionals from all over the world to Catalonia's capital in the north-east of Spain. In June 2021, having switched from Amsterdam to Barcelona, Integrated System Europe (ISE) made its premiere as a hybrid event due to the corona pandemic while also making its debut in Spain's strongest economic region. It is one of the major European fairs in the digital signage and pro AV sector. In order to provide fair organisers and their customers with high-performance technical support for safety-critical systems such as suspension and rigging, the Fira de Barcelona trade fair organisation has agreed a service partnership with the German service provider Neumann&Müller Veranstaltungstechnik (N&M). This also covers the complete range of technical equipment for companies' trade fair presentations as well as for any associated events, whereby exhibitors have N&M's entire service portfolio of conference technology at their disposal as well as top-quality solutions for deploying video, lighting and audio.

In order to be able to ensure a fast, comprehensive service, N&M has established an office in Barcelona; during the course of 2021 the branch will be turned into a legally autonomous company according to Spanish law and will operate under the name of Neumann&Müller Iberia S.L. As Tobias Nitsch, who is responsible for N&M's first trade fair location in Spain, explained: "In future, our branch in Barcelona will also have its own equipment storage facility, enabling us to offer our customers first-class equipment solutions with short lead times." Together with a team set to grow to 10 employees by the end of the year, he wants to show fair organisers the growth potential that can be leveraged in live communication using innovative equipment solutions – for example: a stronger international alignment based on hybrid trade fair and conference formats; simultaneous interpreting via remote hubs; the creation of content with a strong audience appeal and extended reality applications.

The highly industrialised region of Catalonia is one of Europe's top locations. In terms of revenue, the Barcelona trade fair centre is Spain's number one facility, beating IFEMA in Madrid into second place. The trade fair organisation puts the positive development in the last five years down to its innovation and international outlook. Furthermore, Fira de Barcelona is constantly developing new trade fairs to meet market requirements.

Opened in 1929 for the World Exposition, the Montjuic exhibition centre is famous for its two striking Venetian towers and view of the National Museum of Catalonia (MNAC). Since its modernisation, Montjuic has also boasted a congress centre in addition to its approx. 134,000 m² of floor space. Although the smaller of the city's trade fair venues, it hosts two thirds of the exhibitions held in Barcelona – mainly trade fairs for the general public.

Gran Via provides 240,000 m² in eight halls. Designed by the Japanese architect Toyo Ito, the first section of this trade fair centre was opened in 1995 and the complex extended in stages up to 2011. Gran Via also has its own congress centre and is just 2.5 km from the Montjuic location. The two are directly linked by metro line L9 Sud and the metro-like Ferrocarrils lines (FGC).

You can find the contact and address information of our Office at Fira de Barcelona here.