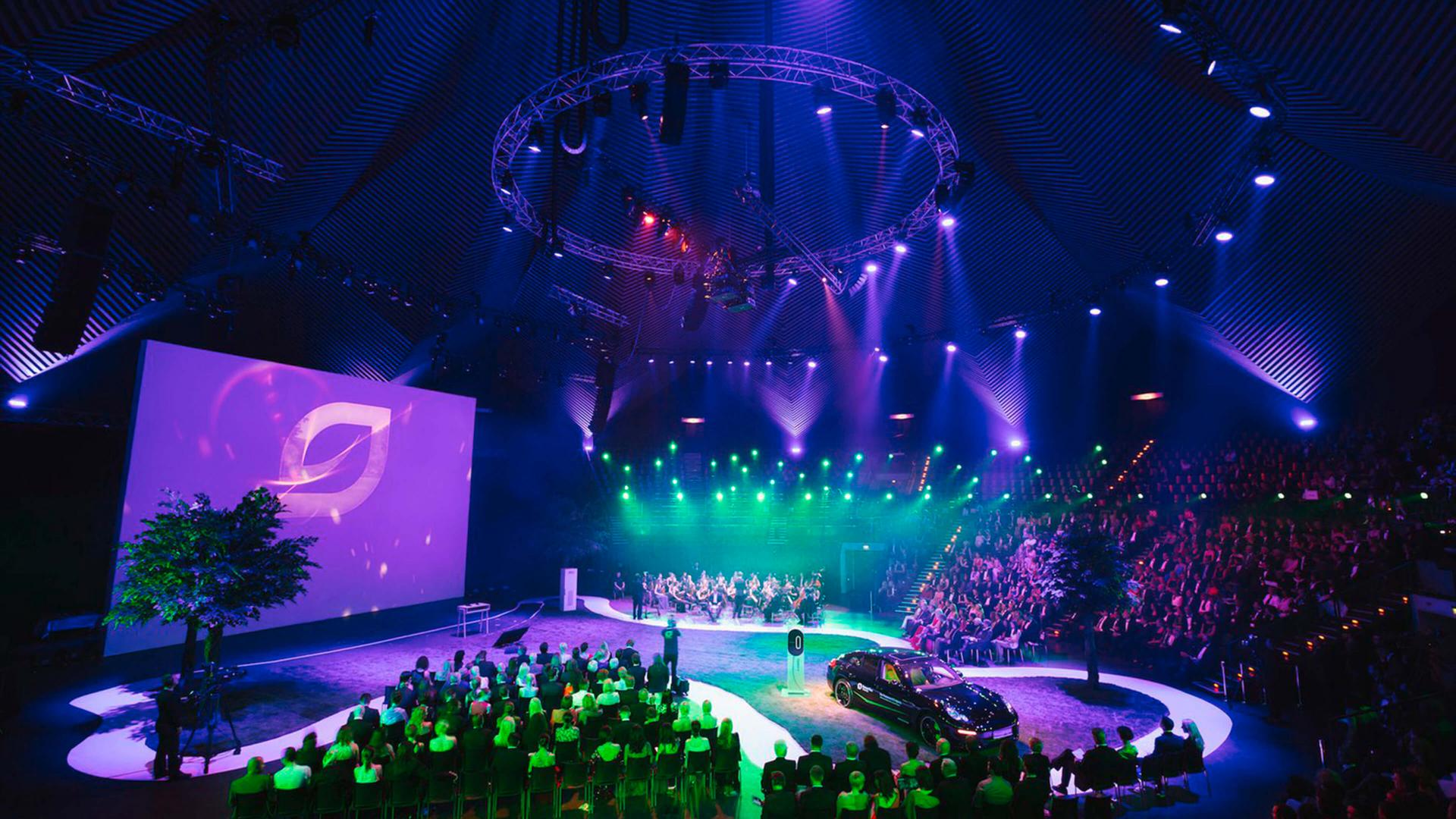 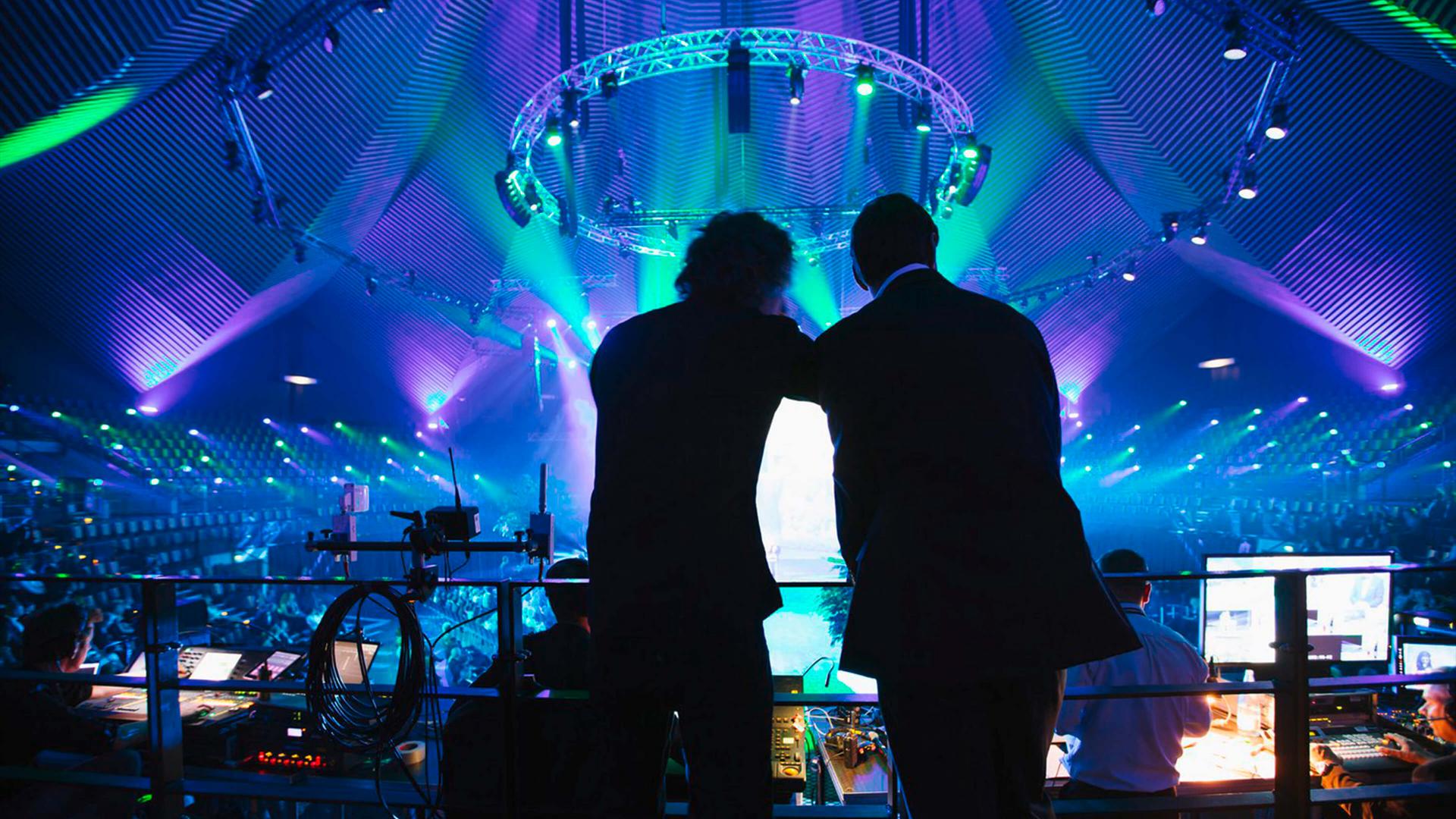 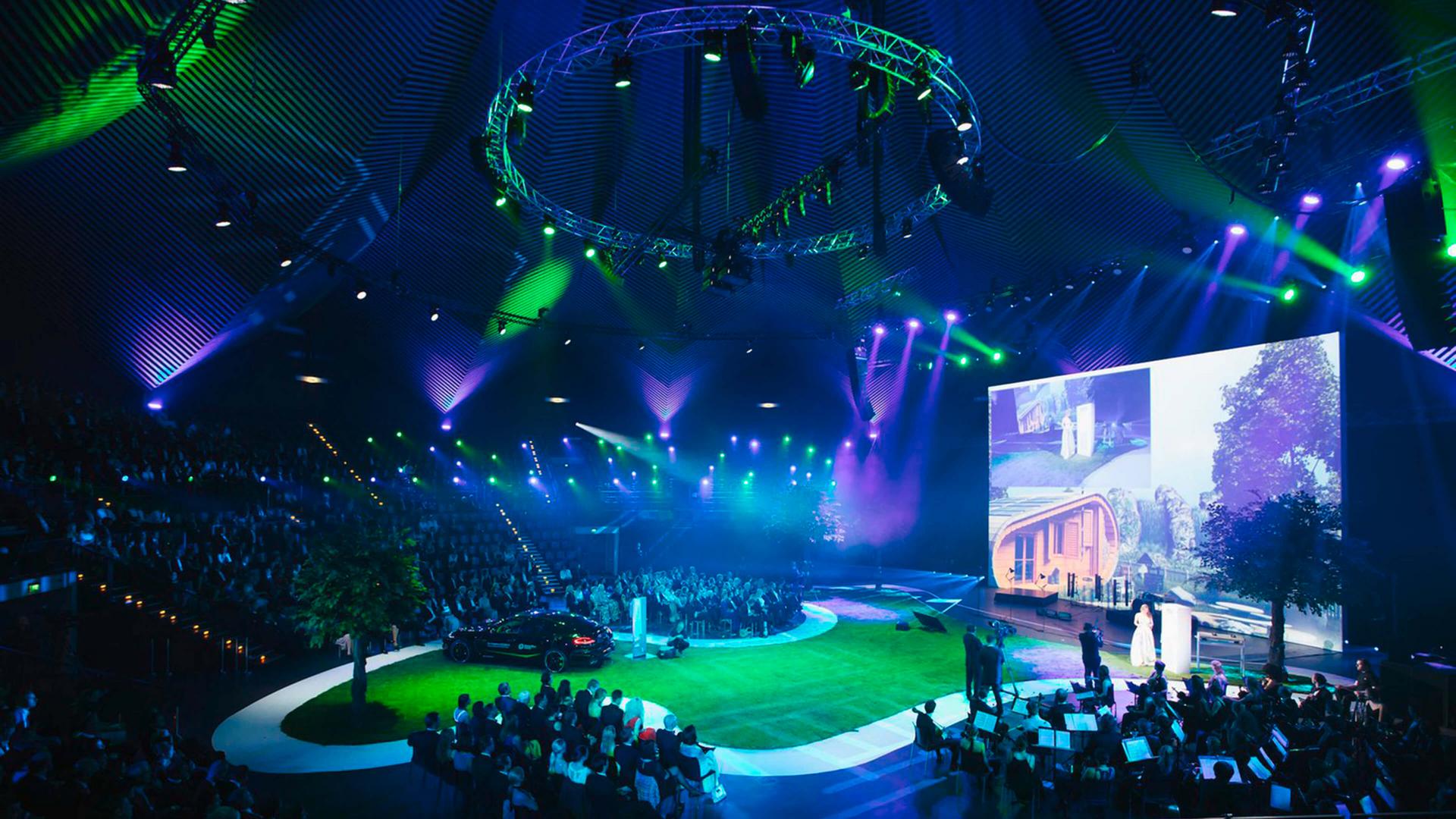 The "environmental Oscars" were awarded at Berlin's Tempodrom at the end of May. Neumann&Müller Veranstaltungstechnik focused on energy-efficient LED technology as provider of the lighting for the award show and demonstrated its ecological credentials in its role as platinum sponsor.

Over 250 projects entered for the GreenTec Awards 2015, around a third of them from abroad. The jury was looking for initiatives and products that distinguish themselves through a high level of innovation, set standards in environmental technologies and prove that sustainability and profitability are not mutually exclusive.

For example the biologist Anke Domaske received an award for her start-up by the name of Qmilch, with which she plans to produce garment fibres from surplus milk. The founders of a Dutch enterprise named Fairphone make sure that raw materials are used sparingly in the production of mobile phones and that workers are paid fairly. For people who buy i3 and i8 electric cars, BMW has developed a route planner that takes public transport and hired bicycles into account. They and many others were the recipients of GreenTec Awards. Another prize-winner was Felix Hallwachs who, with his Little Sun enterprise, wants to bring clean, low-cost light to the 1.2 billion people around the world who are forced to live with an inadequate supply of electricity. His LED solar lamp is a high-quality and easy-to-use source of light. It is reliable and - unlike harmful petroleum lamps - provides people with safe light.

It was with similar aims in mind that Neumann&Müller Veranstaltungstechnik planned the lighting for the award show in Berlin's Tempodrom on 29th May. Around 250 LED luminaires were deployed: "We opted for MAC Quantum washes and spotlights for the stage show," reports N&M project manager Timo Pforr. "On the one hand, they easily meet our quality requirements for the camera light required for transmission of the live pictures. That is because the lights provide a very high-quality and homogeneous white light with the LEDs. And on the other hand, they are ideal for show light and effects."

The N&M team also worked with LED-based white light in the foyer and the exhibition space, where the LEDs were supported by very efficient CDM-T light for the fair stands. "We only used conventional luminaires for the photo wall on the green carpet," Pforr conceded. He went on to explain that although LED technology already delivers good results for moving images and for the live experience, there is as yet no suitable product for photos. But he expects that in the coming year N&M will have its own stock of LED luminaires that can be deployed for just such purposes. "We didn't want to make any comprises when it came to giving press photographers good conditions for light quality and colour fidelity."

The glamourous Berlin gala is a permanent fixture in the journalists' diaries, one reason being that numerous stars show themselves on the green carpet made of recycled material. BossHoss rockers Alec Völkel and Sascha Vollmer demonstratively arrived on an e-bike. Boxer Wladimir Klitschko revealed to reporters that, as a brand new father, he intended to build an eco-friendly house for his family.

Celebrities were also in evidence on the stage of the Tempodrom: Nena received the special Music award. The Jury was of the opinion that the artist's songs were a musical plea for Mother Earth and thus raised awareness for responsible interaction with the environment.

The most eye-catching element of the award show was a 14.4 meter by 10 meter projection surface for which Daniel Zoschke from the N&M studio in Dresden developed the 3D content and did the programming with Watchout software.

As an enterprise in a consumption-intensive technical sector, for some time now N&M has been guided by a sense of environmental awareness: investments in infrastructure and equipment are based on sustainability aspects; internal processes and standards have been established that are aimed at conserving resources. With this in mind, N&M demonstrated its ecological credentials at the GreenTec Awards: by its involvement as a platinum sponsor for the environmental awards - and with energy-saving lighting equipment for the show in Berlin.