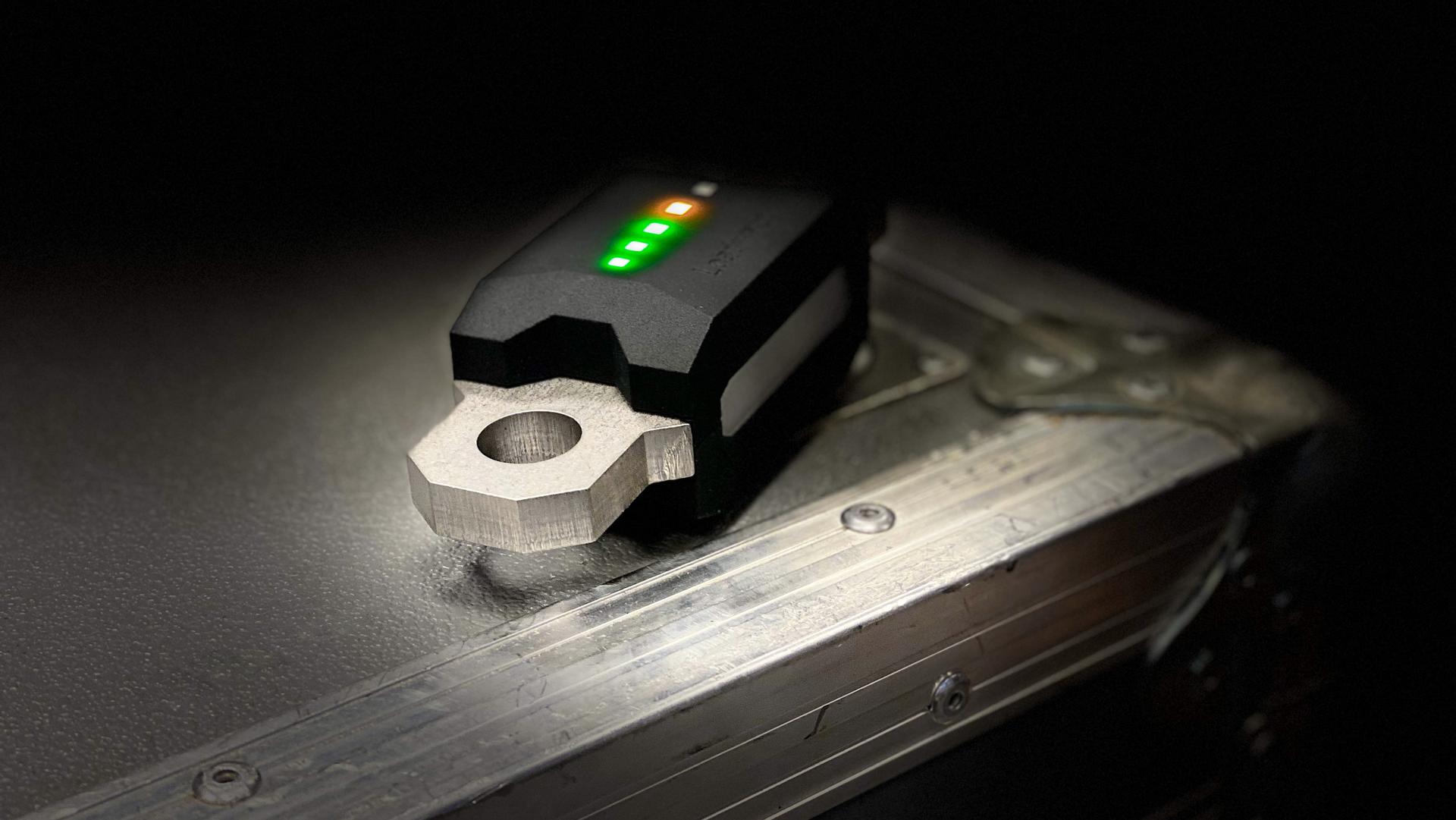 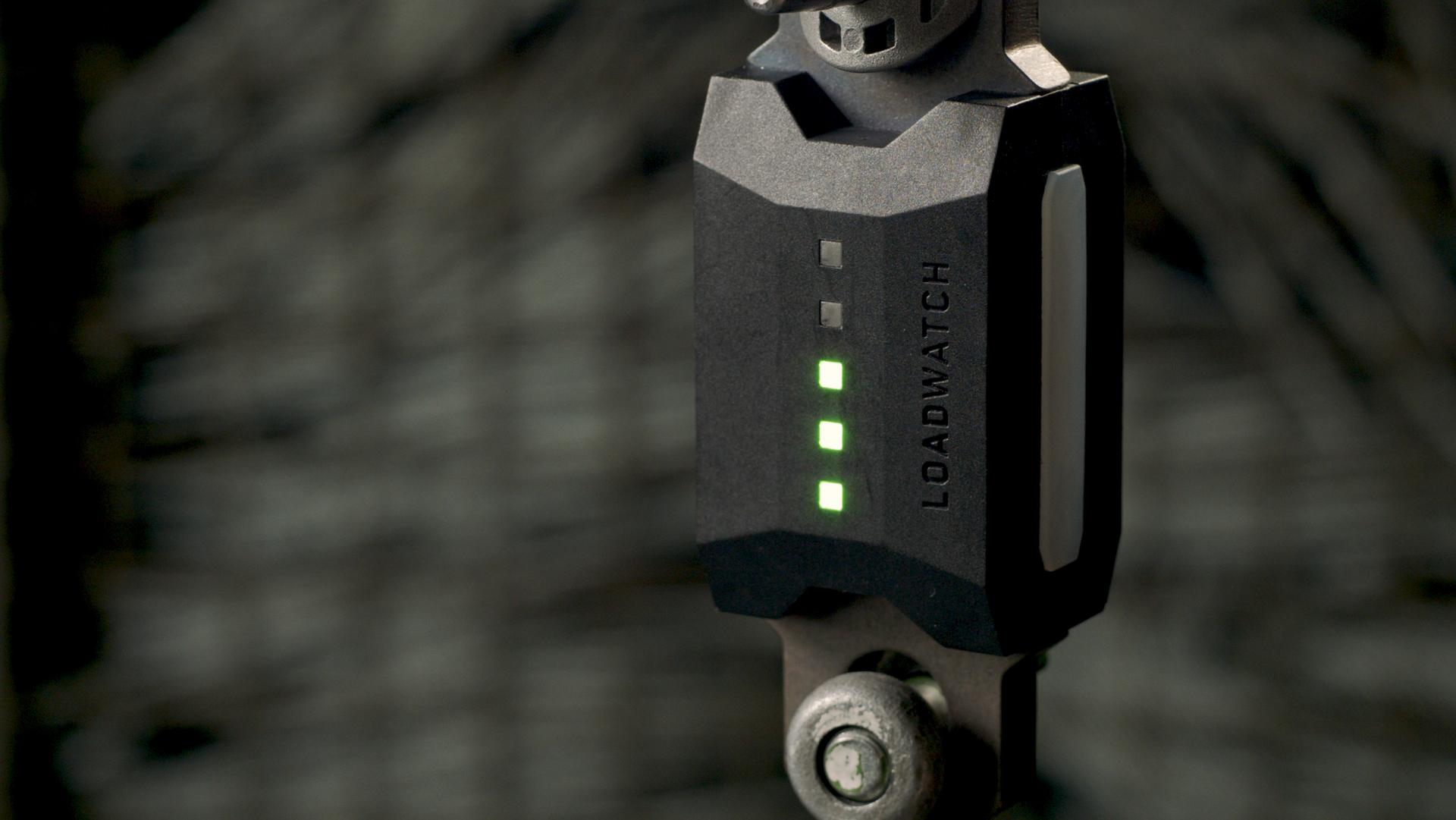 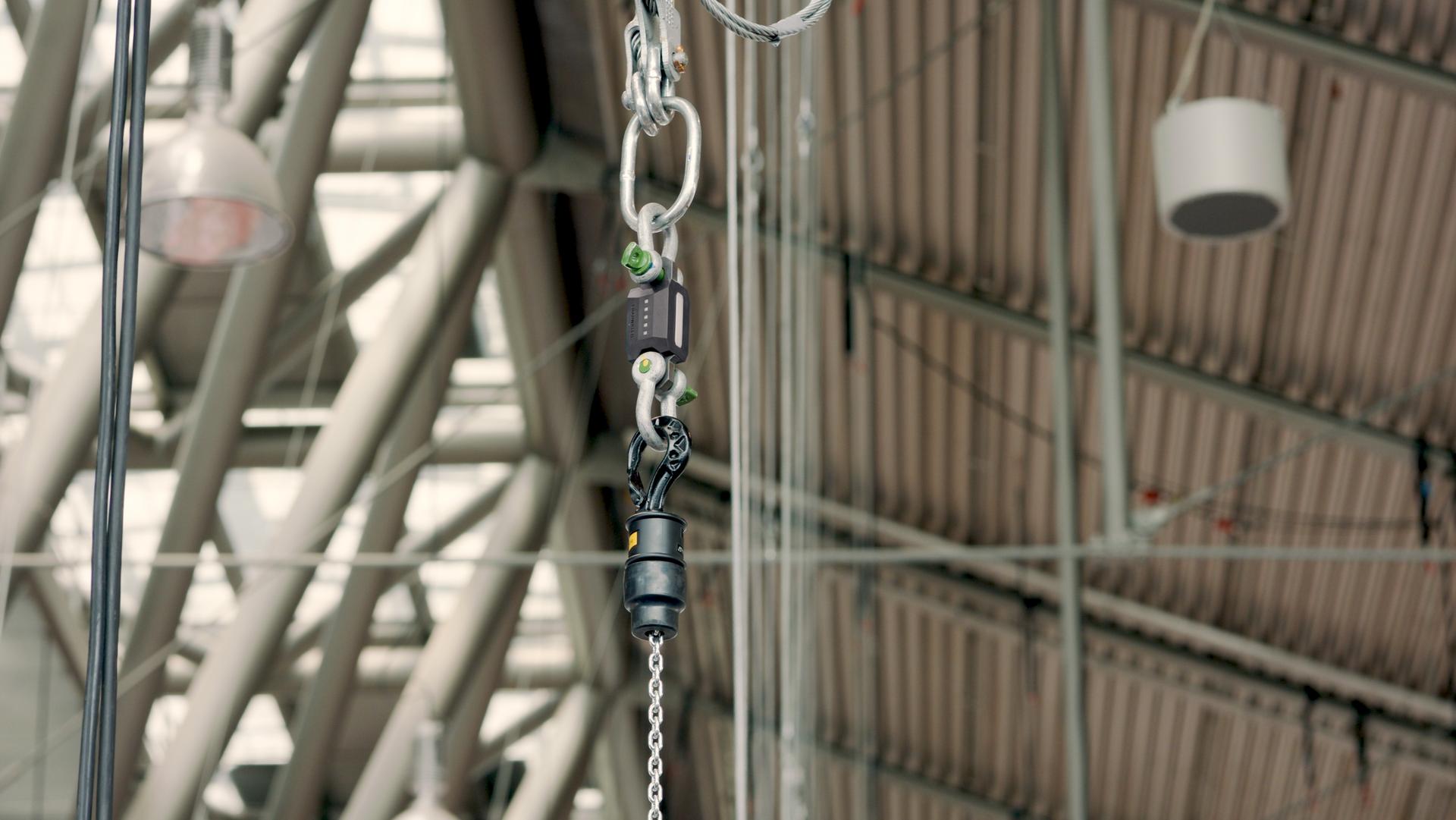 The planning and implementation of suspension points are currently mainly reliant on calculatory and empirical values. These provide the basis for dimensioning load-bearing capacity and assessing the distribution of loads to the load-bearing structure. Up to now, the technical systems available for the mass determination of measured values for such applications have been neither efficient nor economical. Neumann&Müller Veranstaltungstechnik can now use “Loadwatch”, a wireless system especially designed to monitor a large number of parallel suspension points in a cost-effective manner.

After three and a half years of joint development together with go-development GmbH, in which the load measuring system was made ready-for-market, it has now undergone its first major acid test at Fira de Barcelona, where it was able to demonstrate its numerous benefits: Loadwatch can be seamlessly integrated into trade fair and event processes. The information needed for assigning parameters to the individual load cells is transmitted digitally and wirelessly. Feedback on the approved load case is given visually by LEDs on the device itself – whereby a kind of traffic light system signals the degree of utilisation. Further information is transferred via an “Internet of Things” (IoT) interface to a centralised web server, where the acquired data is analysed and visualised in a transparent manner.

This information is available any time, any place via various communication interfaces, for example via a cloud-based web application. The loads can be monitored by N&M in its role of technical services provider for trade fairs and venues as well as by booth builders and exhibitors to check whether the load distribution agreed in the planning phase has indeed been complied with.  “It adds a substantial extra layer of safety,” explains Matthias Rupieper, the head of N&M’s trade fair division. “Planning can be validated with actual measured values, especially when dealing with small point loads and demanding project requirements.” He went on to underline that this is particularly important when there are many loads for a load-bearing structure or if secondary components are affected by load distribution – which are major aspects for trade fair companies and venue operators. “This new type of permanent monitoring allows us to push the limits when designing trade fair presences and executing a great number of other projects.

Further information and contact details can be found here.