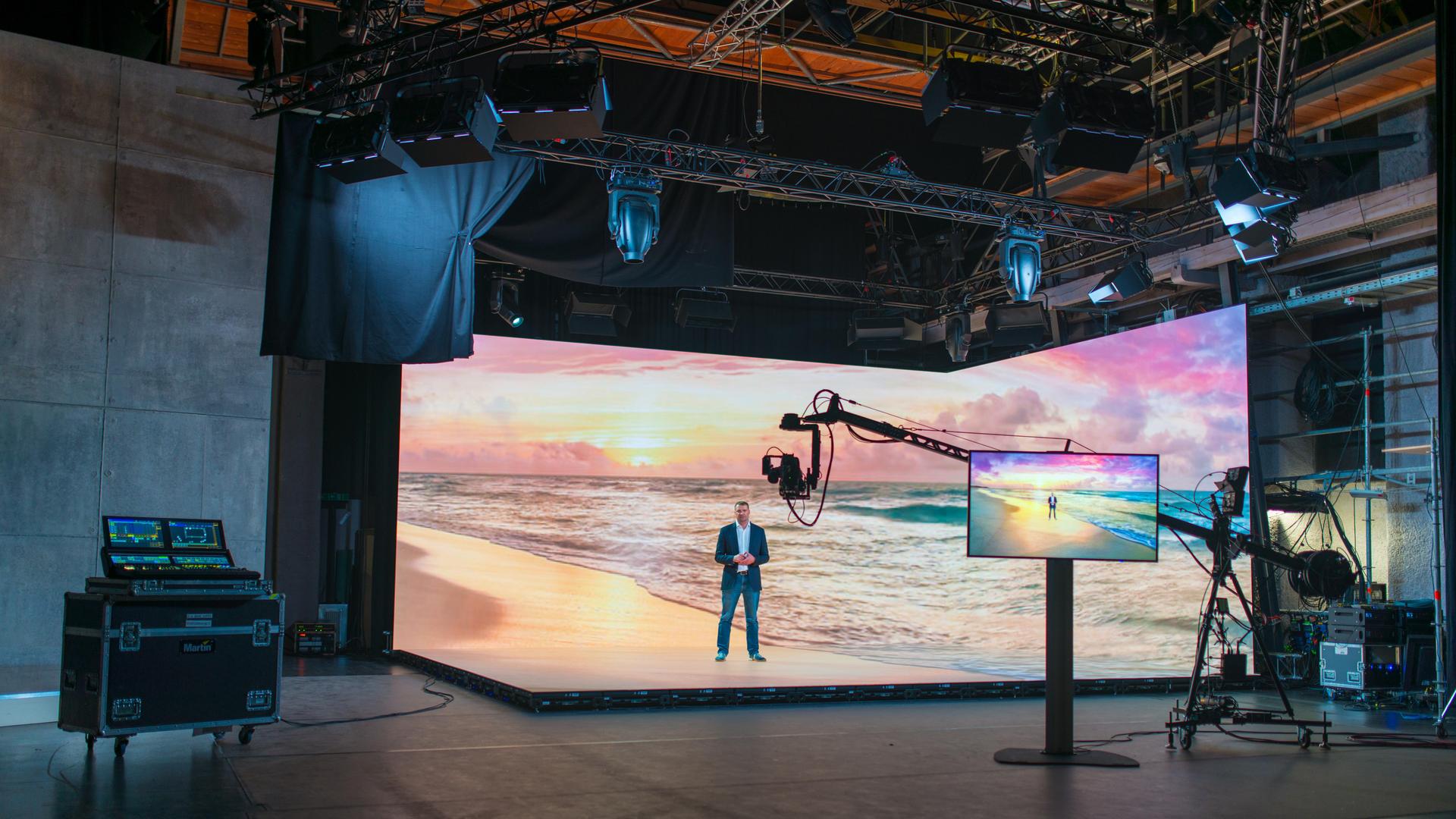 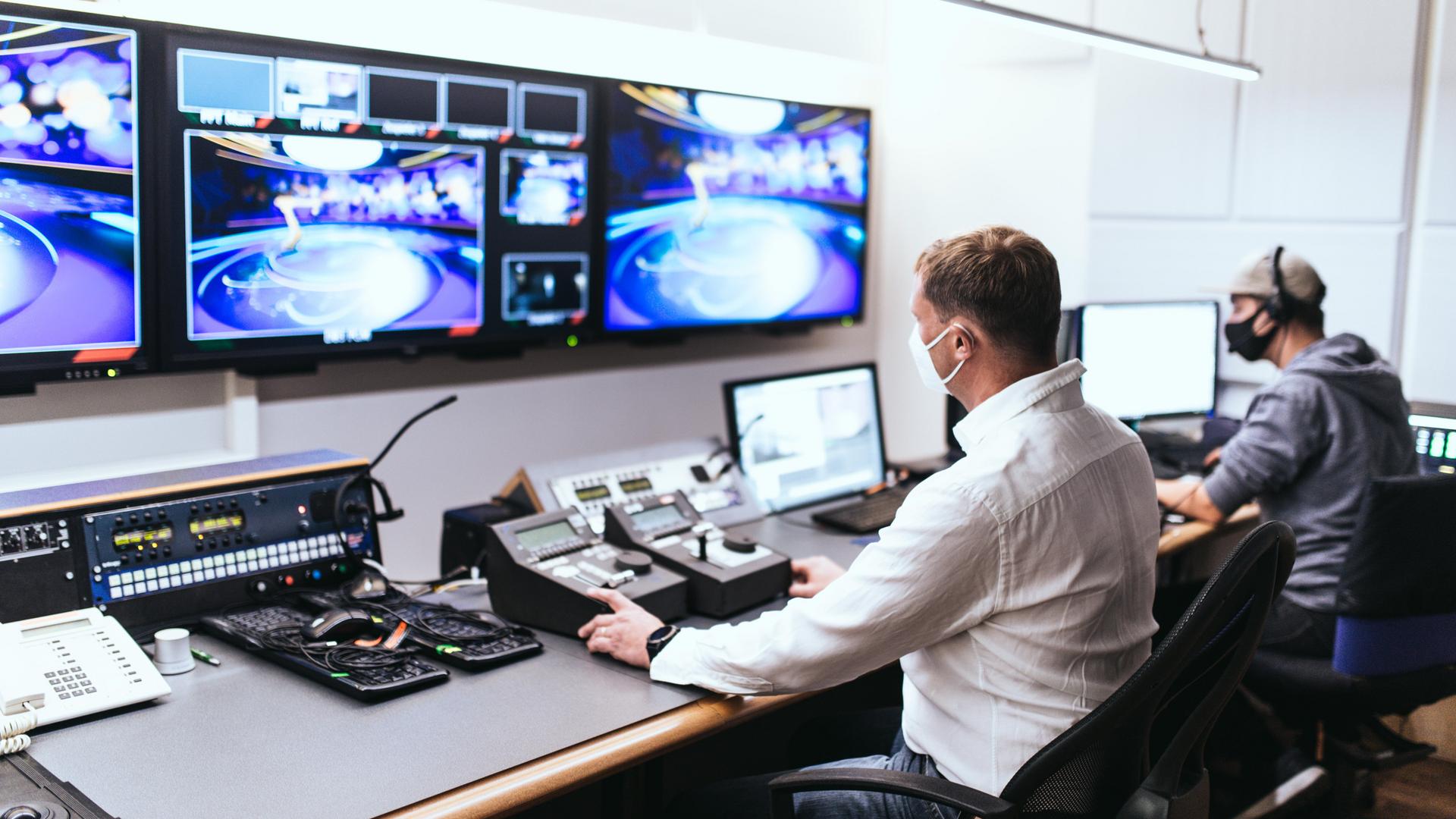 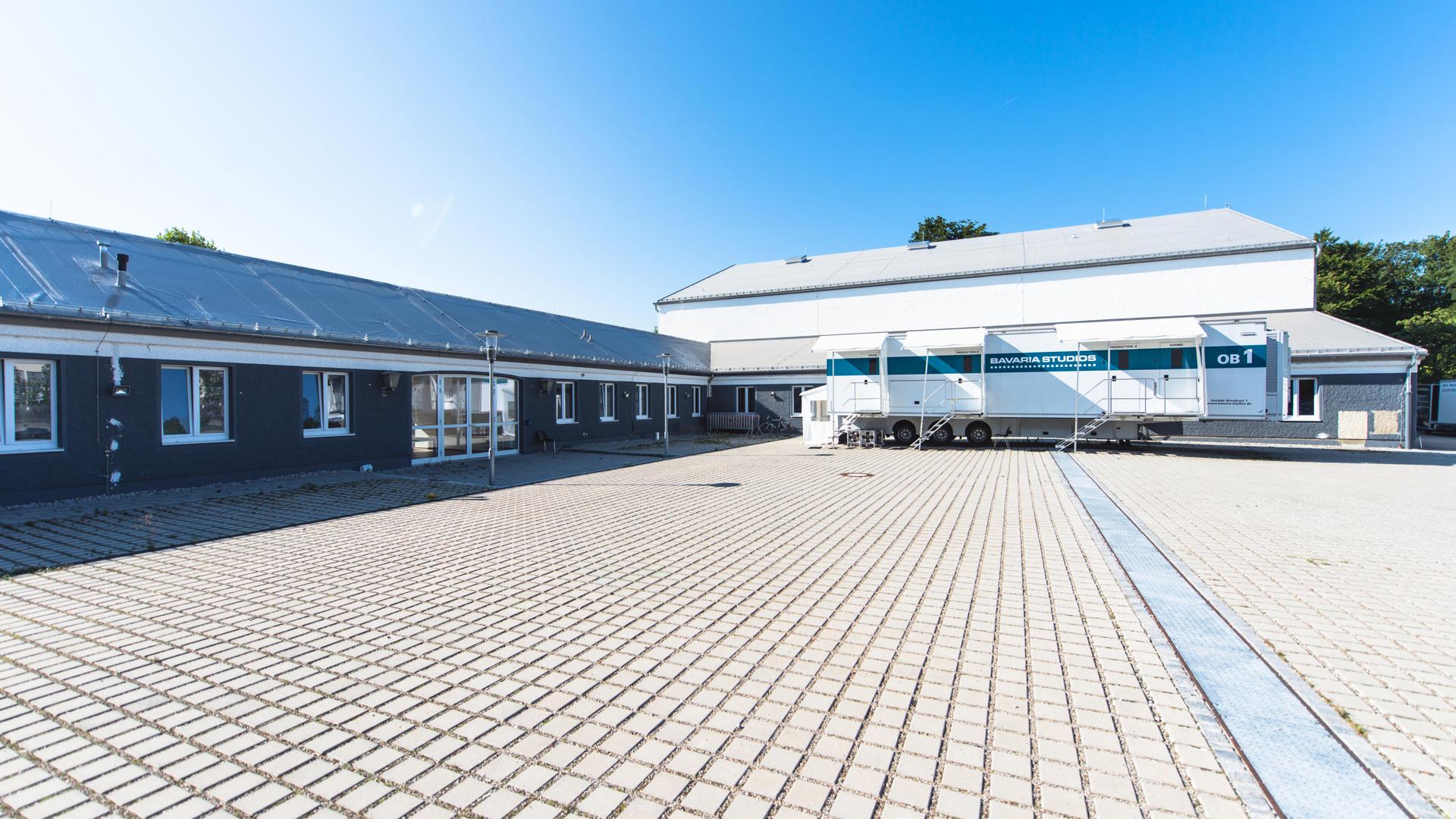 A new stage provides almost unlimited opportunities for Digital Live Events: at Bavaria Studios' Geiselgasteig media location near Munich, Neumann&Müller Veranstaltungstechnik has installed an xR stage where live action on site is merged with digital elements in a new dimension of 3D real-time technology. At the same time, extended reality enables maximum creativity when designing the studio set-up – and raises virtual event formats and recordings to a new level.

The 3D real-time technology deployed in Studio 6 at the media location allows audiences to immerse themselves in an extended real-virtual world and ensures that the vividly presented content has a powerful impact on the audience. In addition, other virtually generated components such as link-ups with talk show guests via video chat or the integration of Augmented Reality (AR) – also in real-time – complete the audience's immersion. The N&M digital media team takes care of the creation of media content. They support the event creators in an advisory capacity during the conception phase, programs and implements the attention-grabbing content, and also takes care of the entire postproduction.

The collaboration between N&M and Bavaria Studios gives clients the opportunity of realising sophisticated Digital Live Events, hybrid events and broadcasts in the professional environment of a film and TV production location. Live shows and recordings are both possible in Studio 6. In addition to the fully equipped production offices of Bavaria Studios itself, a large number of other technical services and service providers are to be found at the Geiselgasteig media location along with generously dimensioned, secured outdoor areas. The "film city" and its stations can also be integrated into creative event formats with an audience as well as into film and TV productions. Thanks to a completely climate-neutral power supply, clients have ideal conditions for "green" productions. The studio site is easy to reach, even with public transport.

Appointments for demos can now be arranged with the N&M team, whereby examples of virtual worlds will be presented in three different levels. At the same time, our technicians will show alternative ways of deploying the xR stage. Besides the permanently installed studio, a mobile version can also be realised at individual locations of the client's choice. In the past few months, N&M has installed xR studios for various virtual and hybrid events according to specific customer requirements. Your contact at N&M is Leonhard Roth.