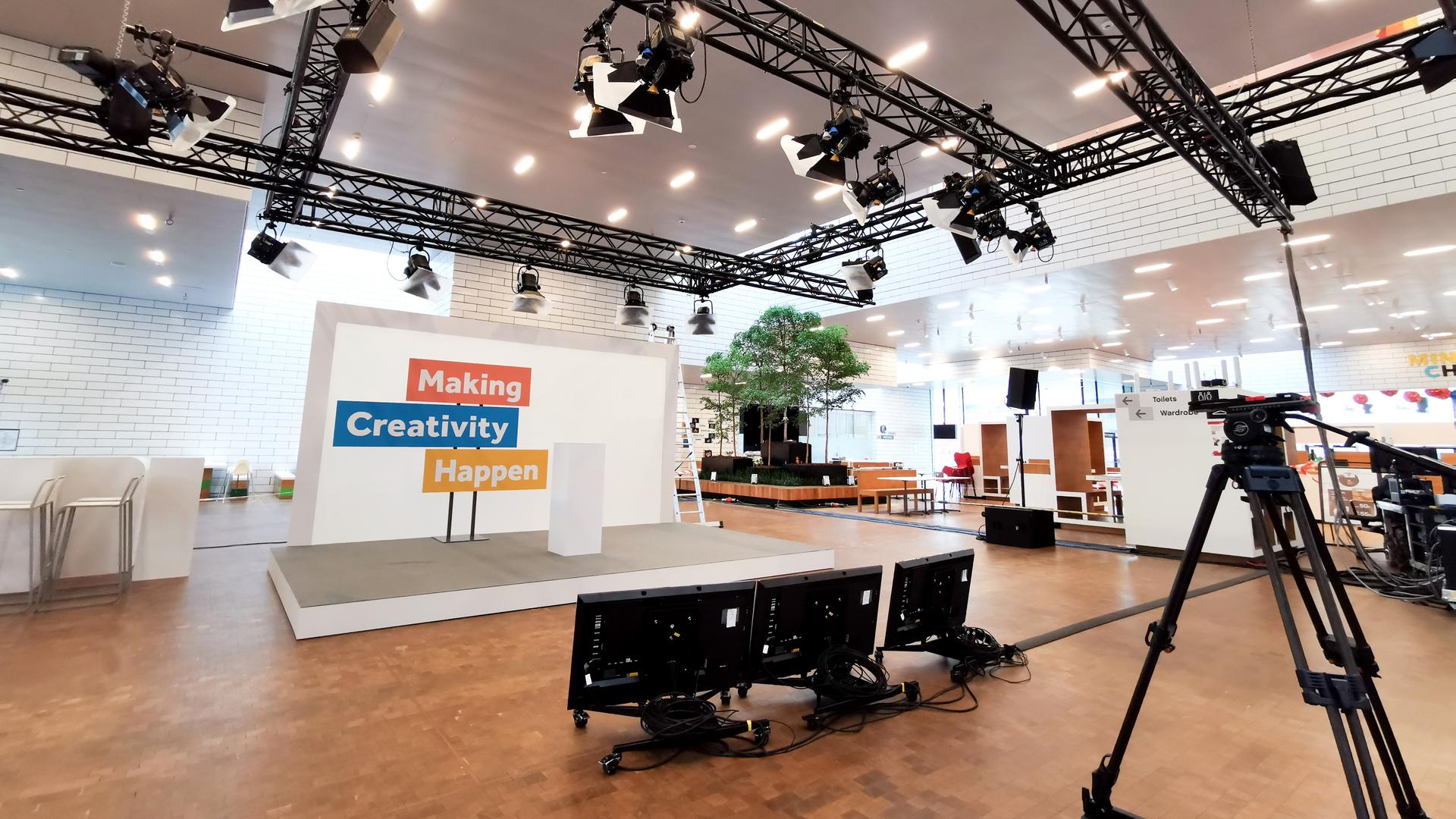 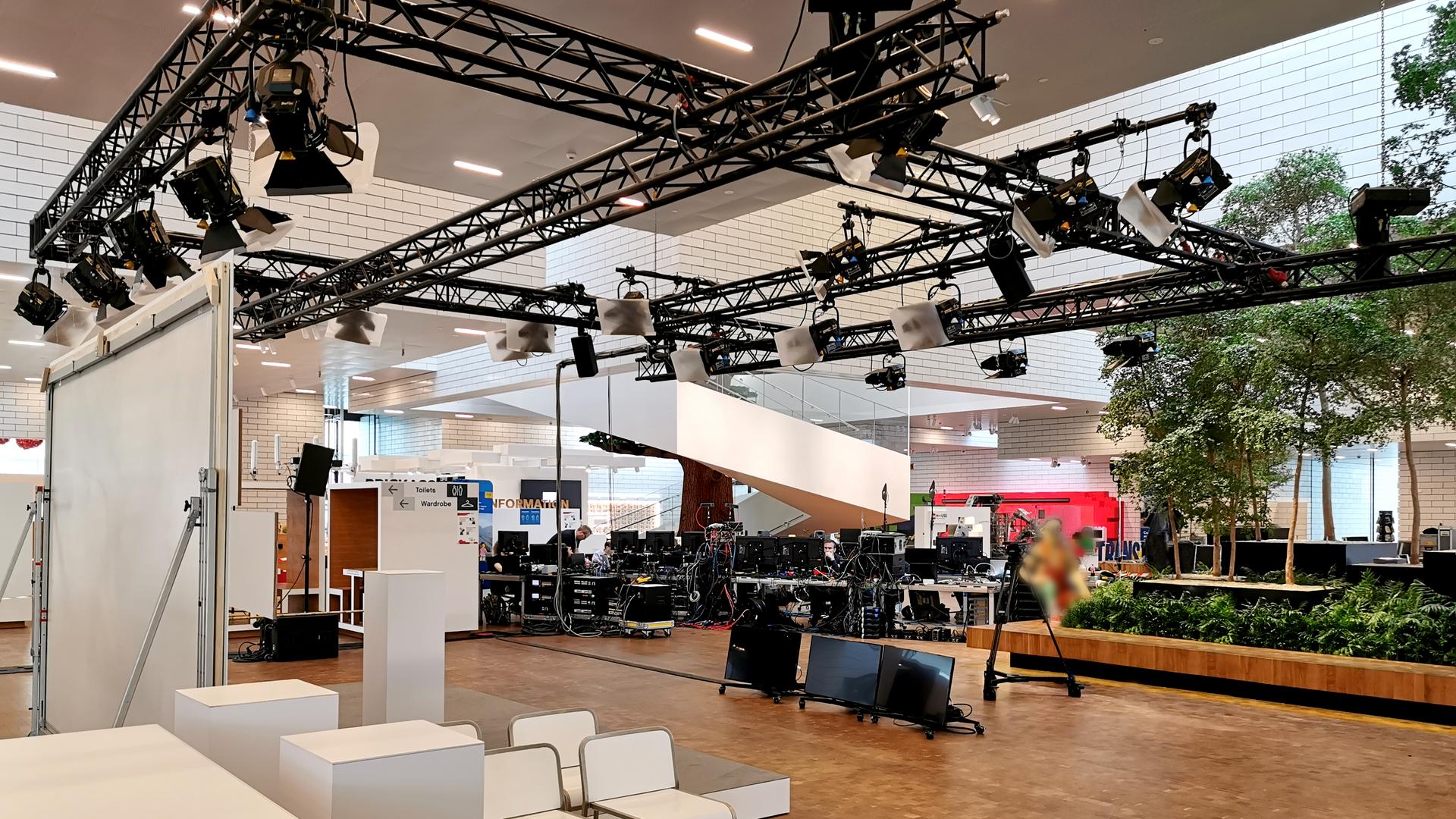 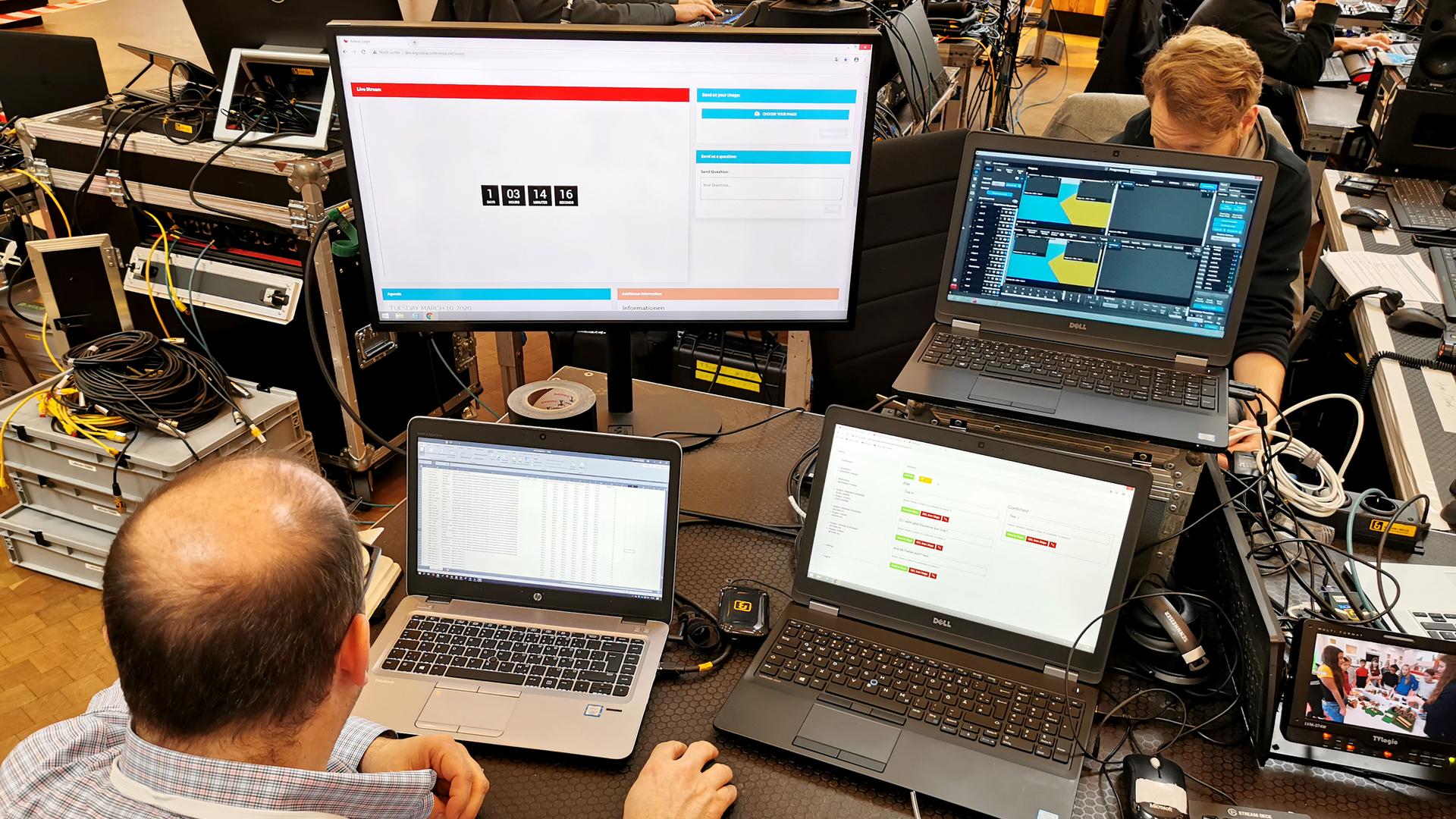 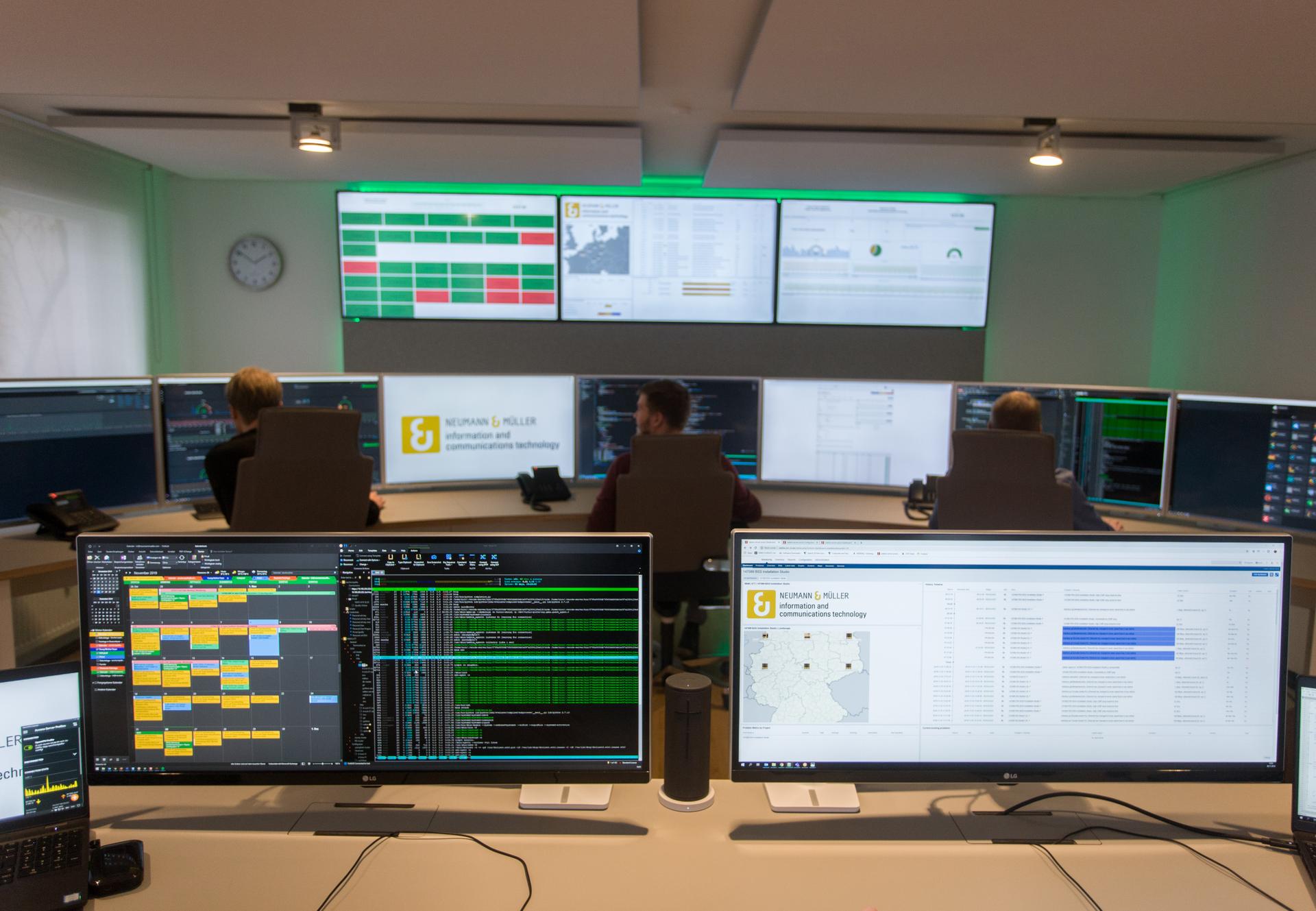 A temporary studio was used to livestream everything that happened on stage. A website and the "come2interact" application enabled interactive audience participation.

Planning for the two-day flagship event, staged annually in Denmark by a client, had been in progress since the beginning of January. However, at the beginning of March, increasing travel restrictions due to the corona pandemic disrupted the organisers' plans: conference guests – educational scientists, researchers, government representatives and innovators – could not travel to the event or even enter the country. Neumann&Müller Veranstaltungstechnik – who had already been contracted to plan and implement the technical side of the corporate event in the form of a conference with an audience and numerous workshops at the venue – came up with an ad hoc solution that allowed the event to take place nevertheless: as a livestream with additional digital elements. One positive effect was that this solution allowed three times as many people to join in with the event as would have been present at the conference location.

The challenge faced by the N&M team was to draw up a new concept for the event within six days and promptly transform it into a Digital Live Event. The aim was to livestream the conference activities on stage – with speakers and their presentations – together with the numerous small creative workshops held on the second day of the event. To meet this need, N&M set up a temporary studio and put it into operation at the conference location to record and broadcast the livestream. And in this case "live" really meant "live" as there was no time for a full rehearsal.

In parallel to the broadcasting studio, Neumann&Müller digital media created an interactive website in the client's corporate design. Here they implemented N&M's in-house "come2interact" application to give participants the opportunity of contributing to events by voting and posting comments. The conference itself also benefited from the digital approach in that online users' behaviour could be analysed straightaway and event content adapted accordingly. A high-performance, secure data network – set up by N&M with its own server structures – ensured that the livestream was stable and that applications and the website ran without a hitch. While the livestream was running, the client's social media channels were supplied with content. Furthermore, the recorded and post-processed video and audio material can now be used for other purposes. N&M project manager Stephan Müller takes a lot of positives from the event: "Our extremely diverse N&M team implemented a Digital Live Event in the shortest possible time, allowing the organisers to reach an audience of 1,400 instead of just 400 attendees at the venue."